Ricki and the Flash
By: Bill Gibron

There are a few subjects Hollywood can’t seem to get right. The basic biopic escapes them, having long turned into a turgid collection of recognizable rags to riches routines. Religion is also a sticking point, either in the explanation and examination of belief, or in the familiar Bible stories that should be epic, but end up anemic. And then there’s rock ‘n’ roll, a subject that would seem ripe for cinematic exploration, but sans one or two examples (Sid and Nancy, for one) can’t quite find the proper balance between the excesses expected and the drama to be found within them.

Into this failure fray falls Ricki and the Flash. Guaranteeing Meryl Streep yet another Oscar nomination on her way to being considered the greatest actress of all time and proving that director Jonathan Demme was born to film music on stages, one would expect a movie which finally understands the ups and downs of the performer’s life. Instead, Diablo Cody’s slipshod script keeps letting us down. We don’t care so much for the kitchen sink to come. Instead, we want to see Streep in rock goddess mode, and while we get some of that, there’s not enough to warrant what comes after.

It’s a standard story. When Linda Brummell changed her name to Ricki Rendazzo (Streep) and ran off to California to chase stardom, she left behind a baffled ex-husband named Pete (Kevin Kline) and three children whom she hasn’t seen since. Unable to make ends meet and torn between the stage and a life with her current boyfriend, band lead guitarist Greg (Rick Springfield, surprisingly effective), Ricki is a mess, and things get even messier when she gets a call that her daughter (Mamie Gummer, Streep’s actual child) is on the verge of a divorce and a nervous breakdown. Returning home to patch things up, things don’t go quite as planned.

Thus begins the film’s biggest problem — the lame family reunion. Granted, Ricki is an intriguing character, an aging rebel who votes Republican and spouts Fox News like conservatism in between excesses, binges, and rock anthems. But the brood she left behind deserves it. They are joylessly judgmental, taking little glee in making Mama pay for her dysfunctional absenteeism. The heart to hearts are hard on the sensibilities, each one sounding more and more forced. Considering the talent involved — writer, director, co-star, and lead all have Oscars on their mantle — Ricki and the Flash should be so much better. Instead, it’s another in a long line of thinly written missed opportunities currently plaguing the Cineplex.

Ms. Cody is indeed the culprit here, convinced her backward hipster persona can translate across generations and musical genres. Ricki doesn’t do much except channel the past, and that’s troubling. A movie like Georgia, which featured Mare Winningham and Jennifer Jason Leigh as combative sisters, established one successful star having to put up with her talentless wannabe sibling. The tug of war between them drove the drama in that superior 1995 effort. Here, Demme does what he can with the staging, but the story stinks — or at the very least, he lets his command of the camera down time and time again.

The new millennium has not been kind to the auteur behind The Silence of the Lambs, Something Wild, and Married to the Mob. Ricki and the Flash does have Streep being Streep and a backdrop that should provide a bit of panache. Instead, we find ourselves wallowing in dysfunction that goes nowhere. Everyone where has an axe to grind. After doing so, they should have taken the sharpened blade to the script. Instead of finding intrigue and insight, this film proves once again that such divergent mediums as music and film can’t or won’t mix. Ricki and the Flash does little except hit a series of sour notes. 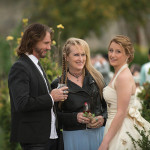 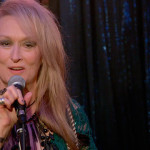 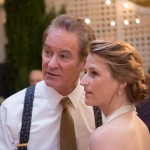