The Rewrite
By: Mike McGranaghan

Today's lesson: How to stammer comedically
Buy It From Amazon
Buy It On DVD
Buy It On Blu-Ray

The Rewrite marks the fourth collaboration between writer/director Marc Lawrence and star Hugh Grant. Okay, so they aren’t exactly Scorsese and De Niro. They’ve never delivered a Taxi Driver or a Raging Bull. The Grant/Lawrence productions have run a relatively small gamut, from “reasonably pleasant” (Music & Lyrics) to “slightly more appealing than actual physical torture” (Did You Hear About the Morgans?). The Rewrite falls into the former category. It’s no great shakes, but it’s also breezy enough to be generally entertaining.

Grant plays Keith Michaels, a Hollywood screenwriter who wrote a much-beloved Oscar-winning film, followed by several embarrassing flops. Now at a career point where nobody will hire him, he agrees to take a job teaching a screenwriting course at a college in New York. He doesn’t actually believe writing can be taught; he’s just taking an easy paycheck. Keith stacks his class with pretty girls, befriends a fellow prof (Chris Elliott), beds one of his students (Bella Heathcote), and offends the head of the school’s ethics committee (Allison Janney). The department head (J.K. Simmons) tries to offer guidance, to little avail. But then Keith meets Holly Carpenter (Marisa Tomei), a continuing education student who finagles her way into his class. She is serious about wanting to learn how to write a movie, and her earnestness inspires him to start trying to impart some wisdom to his pupils.

The Rewrite falls squarely into the category of movies about Second Chances. The drill is familiar: fallen person decides to give up, encounters some outside force that causes him/her to re-evaluate that decision, then finds redemption in a slightly-new variation of their skill. We could spend most of the day listing all the films that have used this arc. Then again, it’s a very sturdy arc, because who among us hasn’t reinvented ourselves at one point or another?

The movie does something very smart with the arc, in that it makes Keith a fairly unlikable guy for the most part. He’s bitter, he’s insensitive, and he’s out for himself. The Rewrite doesn’t sugarcoat that. Not long after having sex with a comely female student, he has the temerity to accuse her of having daddy issues. (He couches it in the form of screenplay critique, adding insult to injury.) And after insulting a colleague with an academic interest in Jane Austen, he tries to save his own butt by throwing a lot of Austen-inspired “gifts” at her. Because he’s kind of a creep, Keith’s gradual rediscovery of his soul carries some weight. It’s no accident that a movie about a screenwriter employs a well-honed Hollywood formula to tell its story.

Hugh Grant is a great choice to fill the lead role. Unafraid of playing a jerk — and, if we’re being honest, always seemingly enthusiastic about it — the actor beautifully captures show business narcissism, as well as the awkward way it can reveal itself to those outside the industry. Yet there’s also something inherently charming about Grant, a quality he’s capitalized on many times in his career. That allows us to believe in Keith’s transformation from a self-centered egomaniac into someone who actually cares. The supporting players are also terrific, even when their characters are a bit thin. J.K. Simmons — no surprise — makes the strongest impression, stealing every scene he’s in, playing a guy whose life is so blessed, it frequently drives him to tears.

There is one fairly substantial problem with The Rewrite, and it’s an ironic one: the film would have benefited from one more rewrite. Lawrence has two conflicting interests. One is to tell the Second Chances story. The other is to be an inside-baseball comedy about the tortured life of a Hollywood writer. The Rewrite scores on the first count, but not so much on the second. Simply put, the movie isn’t inside-baseball enough. Keith only relates to others in terms of movies he’s seen. The comic references to those other films are generic enough for mass audiences to get, but that robs them of a little of their sting. Lawrence also ignores some of the most frustrating hazards of professional screenwriting, such as having one’s passionately-written work altered by another writer. If The Rewrite was going to take an inside-baseball approach, it really should have gone all out, given that the people most likely to see a film about a screenwriter will be those with a sizable cinematic savvy. Otherwise, it might have been better to give Keith some other kind of job. As it stands, The Rewrite sits somewhere in a weird nether region between About a Boy (another Grant-as-redeemed-cad flick) and The Player (a whip-smart Hollywood satire).

Flawed though it may be, there’s still enough here that works to make the film a passable way to spend 106 minutes. It’s unlikely anyone will be blown away by The Rewrite. It’s much too tame for that. But Lawrence and Grant have only ever tried to make good-natured lightweight entertainment, and on that count, they have generally succeeded this time. 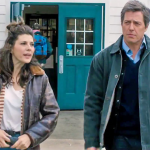 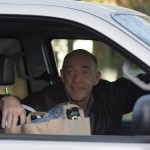 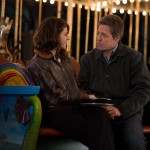