Did you like "Mother!"?
Buy It From Amazon
Buy It On DVD
Buy It On Blu-Ray

When the trailers for Red Sparrow were first released, they drew numerous comparisons to Marvel’s Black Widow character, a Russian spy trained from an early age at a strict school for secret agents, and then deployed on covert missions around the world. But the full movie of Red Sparrow shows just how different Dominika Egorova (Jennifer Lawrence) is from the action hero that Scarlett Johansson has played in multiple movies from Marvel Studios. For starters, Dominika isn’t an action hero, and Red Sparrow isn’t really an action movie. It’s presented as a slow, cerebral espionage thriller, more in the vein of Tinker Tailor Soldier Spy than a female-led action movie like Salt or Haywire.

The problem is that there isn’t enough substance to the story to justify drawing it out over nearly two and a half hours or keeping so many plot points and character motivations opaque for the sake of the underwhelming reveals at the end. Based on a novel by Jason Matthews, Red Sparrow feels a bit like binge-watching an entire season of a TV series, with its episodic narrative and major story elements that don’t come together until halfway through the movie or later. It takes half an hour just for Dominika to get recruited as a spy, once her career as a prominent ballet dancer has been cut short by injury.

That injury is the result of sabotage by a rival dancer, and Dominika’s nasty, violent reprisal gives the first hint that she may have a more ruthless, calculating side to her that would serve her well as a government agent. But when her uncle Ivan (Matthias Schoenaerts), a high-level intelligence officer, forces her into service (after she unwittingly aids in the assassination of a corrupt business executive), the only training she receives is in the art of seduction. The “Sparrow School” where Dominika and her fellow trainees are indoctrinated is basically institutionalized sexual assault, and the movie is never quite convincing in its depiction of Dominika’s sexual subjugation as some kind of empowerment.

Finally, Dominika is deployed in the field, assigned to seduce American operative Nate Nash (Joel Edgerton) in order to ascertain the identity of a mole in Russian intelligence. But in the typical way of spy movies, Dominika actually falls for Nate (or does she?), and he falls for her (or does he?), and they team up to deceive and defeat the government that has placed Dominika under its control (or do they?). Lawrence and Edgerton have almost no romantic chemistry, and the movie never gets below the surface of their relationship, because understanding too much about their true motivations would ruin the tepid surprises during the movie’s lengthy, plodding climax.

Director Francis Lawrence worked with Jennifer Lawrence on three of the four Hunger Games movies, and he stretches a bit out of his formulaic blockbuster comfort zone with Red Sparrow’s languid pacing and cold, clinical approach, although the movie only really perks up during its infrequent action sequences. The locations and the costumes all look great, but the drama is inert, without the kind of gradually building suspense that should sustain a movie like this. The cast of international actors all speak English with varying degrees of Russian accents, none of which sounds particularly convincing. Only Charlotte Rampling, as the gleefully sadistic head of the Sparrow School, makes a lasting impression. Ivan tells Dominika admiringly that she’s always one step ahead of everyone else, but the movie constantly feels like it’s struggling to catch up. 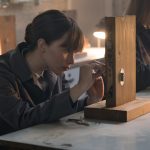 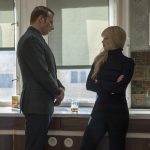 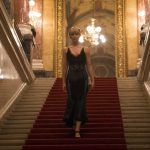