The Protector 2
By: Blake Crane

Just watched The Protector 2.
Buy It From Amazon
Buy It On DVD
Buy It On Blu-Ray

A decade or so ago, Tony Jaa was primed to become a martial arts megastar. He exploded onto the scene with Ong-bak and followed that up with The Protector, displaying speed, agility, and a penchant for dangerous stunts reminiscent of Bruce Lee and Jackie Chan. Then came a very public meltdown while directing Ong-bak 2, which led to temporary retirement and a stint as a monk. While a comeback appears to be in the offing – he’s currently filming Fast & Furious 7 and is rumored to be up for a role in the next sequel to The Raid – The Protector 2 is an underwhelming first step in Jaa’s return.

As with the first film, the action of The Protector 2 is initiated by the theft of a sacred elephant belonging to Kham (Jaa). The elephantnappers have a convoluted and nonsensical plan to use Khon, the prized pachyderm, in a politically motivated plot against the fictional country of Katana. The nefarious organization also draws Kham from his serene life if rural Thailand, hoping to use the gifted warrior as a pawn in their game of assassination and revolution. Kham just wants his elephant back, and has to punch and kick his way through several adversaries to get it.

There are a number of unnecessary story elements that choke the simple action setup. Ping Ping (Jija Yanin) is one of a pair of sisters who think Kham killed their uncle, and the duo appears occasionally to exact frenzied revenge in repetitive battles. Police Sergeant Mark (Petchtai Wongkamlao), who provided some well-timed comic relief in the series’ first installment, proves the law of diminishing returns with his forced involvement this time around. More cops appear with Interpol’s confusing participation in the case, but even more curious are the motivations of the criminal organization and their manipulation of Kham. The group is led by LC (RZA), a wooden caricature defined by his suit and a golden toothpick. RZA makes no secret of his love for martial arts films, but his affection doesn’t make him a qualified performer. Here, it could be debated as to whether he makes a more unconvincing crime boss or a more unconvincing fighter. Adding to the awkwardness is his lack of chemistry with his right-hand woman played by Rhatha Phongam, who seems to be part of the crew because she fills out her barely-there and hardly functional fighting outfit.

Plot complications aside, the silliness could be forgotten and forgiven if the action sequences impressed. Sadly, they do not. Part of the problem is that Protector 2 was filmed with 3D in mind, and much of the action is marred by bad compositing and gimmicky, obvious attempts at pop-out effects that interrupt the fight choreography. Most of the clashes occur in front of poorly rendered green screen environments and are “enhanced” by ridiculous wire work and shoddy computer imagery. The production isn’t only poor; it counteracts the qualities that make Jaa a draw – his visceral, close-up, and equally poetic and brutal maneuvering. At times he looks like a videogame avatar moving across a phony landscape.

The few high points are Jaa’s battles against LC’s primary henchman, played by newcomer Marrese Crump, who has the look and the moves necessary to be a commanding screen presence. Just try to ignore the parts of their penultimate tussle that involve electrified feet making lightsaber sounds. That comes a few minutes after Jaa fights a group of anonymous baddies with his feet literally on fire, surrounded by a tragically fake-looking wall of flames. Director Prachya Pinkaew and his team can’t get out of their own way, favoring the ridiculous over a controlled approach that could’ve better highlighted their best assets, Jaa and Crump, beating the tar out of each other in close quarters. 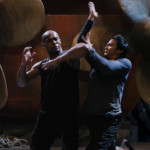 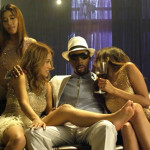 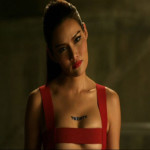