'Murica!
Buy It From Amazon
Buy It On DVD
Buy It On Blu-Ray

Dealing with the hot button environmental issue of fracking (otherwise known as the hydraulic fracturing of the Earth’s bedrock in order to release trapped natural gas), and featuring a wealth of talent in front of and behind the scenes, Promised Land should be better. In fact, it should be great, especially when you consider the last time star Matt Damon and director Gus Van Sant got together, the result was the Oscar winning effort Good Will Hunting.

Our likeable lead once again handles screenplay duties (co-writing with co-star John Krasinski) and anchors a narrative revolving around small town America, an evil corporate energy concern, and the employees hired to swindle desperate land owners out of their precious mineral rights. It’s a cocktail ripe for activist intoxication. Unfortunately, the entire experience feels like know-it-alls dropping in on the rubes to explain how silly and stupid they really are. It talks down to us as it attempts to entertain, and doesn’t do either very well.

Damon plays Steve Butler, a salesman for Global Crosspower Solutions. Along with his partner Sue Thomason (Frances McDormand), he puts on his everyman dungarees and plaid work short and visits family farm owners, hoping to negotiate their dying business interests to the benefit of his bosses. With his own rural experiences fresh in his mind, he easily relates to the people he’s pitching. After a town meeting, where a vote will be held regarding Global’s offer, a couple of instigators — a high school teacher (Hal Holbrook) and a grass roots campaigner (John Krasinski) — stir up trouble. Butler begins to back down, and once he learns the truth about his company and their tactics, he begins to side with the locals in an attempt to keep Global from destroying their way of life.

Offering a couple of interesting narrative twists and enough earnest pontificating to keep both sides of the issue awake for days, Promised Land is all setup and no payoff. It’s a drama that can’t locate a legitimacy, or an issue long debated and dead being dragged up and beaten in the friendliest way possible. Sure, the movie waffles on the notion of what may or may not happen once liquids are pumped underneath the surface of the planet and, like Silkwood and other highly-charged expose films, this movie has its positions, though we never really get the bombshell that belies the truth.

Indeed, Promised Land pretends it’s ready to defend itself against all comers. It’s the worst kind of activism — seemingly without real impact or power. Instead, it plays the coward’s hand over and over. Fracking is a major concern in our modern energy policy. Van Sant and company treat it like a mere trinket on an overstuffed charm bracelet involving sons of the soil and those who’d carpetbag them into complacency.

From an acting standpoint, the movie succeeds. Damon is likeable and determined, while McDormand offers up a believable amount of worn-out world-weariness. Holbrook is also a gem, and Krasinski excels at playing both sides of the situation to his own ambiguous ends. But Van Sant can’t quite get us up in arms. We are supposed to root for the little guy, to wait for that moment when Damon goes all Michael Clayton on his power-mad superiors. Instead, everything is handled in a haphazard minor key, the script bailing with a baffling third act.

If the main purpose behind Promised Land was to make feel-good propaganda, Van Sant and company mostly failed. The performances are fine and the sense of local color compelling. Everything else is underwhelming at best. 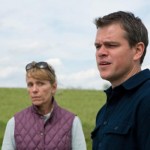 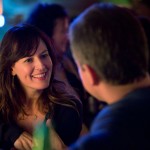 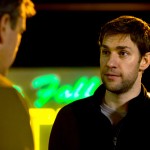