The sequel to Project Dictionary.
Buy It From Amazon
Buy It On DVD
Buy It On Blu-Ray

A time travel film is only as smart as its script. While that goes without saying most of the time, the found footage affront Project Almanac (previously known as Cinema One and/or Welcome to Yesterday), doesn’t get this. Instead, it uses the notion of “temporal displacement” as a means of improving the sorry lot in life for a group of mostly unlikable cinematic archetypes (hot girl, genial nerd, joke-spewing oddball) who wish their high school experience was more “exciting.” Of course, being novices in the world of parallel universes and skewed histories, they screw things up royally. While the film definitely plays to its teenage demographic, fans of serious science fiction should steer clear.

That’s because our heroes really don’t want to do more than get rich, become popular, and get back at those who’ve bullied them. No saving Lincoln (or JFK) from an assassin’s bullet. No desire to head over to Nazi Germany and end the reign of Hitler (and his Holocaust). Instead, it’s all lottery winnings and fancy cars. It all begins when our hero, David (Jonny Weston) gets accepted to MIT. He’s a handsome nerd, but even his good looks won’t earn him the scholarship money he needs to attend. So it’s time to paw through this household for something to sell.

After discovering an old videotape where a doppelganger 17-year-old David appears to be attending his own seventh birthday party ten years before, our lead and his camcorder-carrying sister (Virginia Gardner) find some blueprints to a device designed by their late father. With the help of pals Adam (Allen Evangelista) and the goofy Sam (Quinn Goldberg), as well as local hottie Jessie (Sofia Black-D’Elia), they build the device, which turns out to be a time machine. After going back and doing fun stuff, David goes back alone and sends a ripple effect into the future, causing chaos. As luck (and the script) would have it, he now has to return to the precise moment where thing went bats and set everything right.

When Family Guy‘s various episodes revolving around time travel and space/time conundrums are smarter and more entertaining than the entirety of this science junk juvenilia, you know you’re in trouble. Sure, Project Almanac is “fun,” but so is watching a sworn enemy drown. In this case, thanks to the hackneyed, DOA, should-never-be-used-again gimmick of the “found footage” film, you can’t appreciate anything that’s happening. Director Dean Israelite, who clearly sold this silliness based on the hand-held, first person POV perspective, borrows a bit from Chronicle and other efforts where the various uses of odd angles and other techniques are “excused.” He undermines everything he hopes to accomplish with just a jiggle of the lens.

The story is so trite, however, that a constantly moving perspective is probably necessary. Since David is such a brainiac, one assumes he could pinpoint a time in U.S. or world history requiring a reboot. Going back to that moment, portable video recording device in hand, would be inventive and intriguing. Instead, this MTV-aided production (with producer Michael Bay’s bombastic vision also etched all over it) is like The Real World, Billy Pilgrim Edition. Because it’s so frenetic and manic, it’s easy to get caught up in the feigned excitement. But the overall experience is a piffle, an implausible collection of wish-fulfilling fluff that takes the always contentious genre concept and turns it into some half-baked hedonism.

Granted, a movie where a group of people selfishly use a time machine to their own self-centered benefit — with dire consequences resulting — could be a lot of edge of your seat fun. It could be part visual feast, part clever cautionary tale. Somewhere buried very deep inside Project Almanac is such a movie, and message. Unfortunately, in order to play to its audience, the movie dumps the doom and gloom and ups the bros and babes. 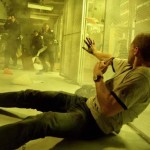 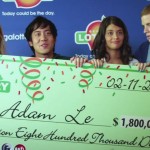 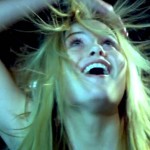