Does the tux make the woman?

Princess Cyd uses quiet grace and astute observation to transcend dramatic tropes we’ve seen countless times. Typically, a story about two very different people from disparate generations thrown together and learning from each other is easily-mapped-out mawkishness. It’s refreshing here because of a penetrating focus on character instead of merely what each character represents. These are real people and not just screenplay ciphers existing to preach about coming of age or rediscovering exuberance.

Curious and confident teenager Cyd (Jessie Pinnick), a handful for her widowed father, is sent to stay with her aunt Miranda (Rebecca Spence), a well-known novelist, in Chicago for a few weeks during summer. The two go through a cordial, if slightly awkward, feeling out process as each deal with the disturbances to their routine. One welcome development for Cyd is a quick connection with local barista Katie (Malic White), a relationship that blossoms as the teen presses her aunt about her own romantic status, which may or may not include feelings for her recently separated writer friend Anthony (James Vincent Meredith).

The bond between Cyd and Katie, as well as the niece-aunt push and pull, are completely sold in the conversational script from writer/director Stephen Cone and by the natural performances from all three actresses. The film opens with audio of a 9-1-1 call describing a past tragedy, which we assume will be – as is – expounded on later, but the delicate drama that comes from realistic everyday interaction is what really hooks us. Small moments, and their buildup to personal discovery, matter more than plot revelations.

Pinnick is a breakout star here, capturing uncommon truth in Cyd. She’s blunt and dismissive without relying on rude eyerolls or snotty inflection. Similarly, Spence infuses the academic Miranda with patience and understanding. She’s intellectual without being condescending or sounding put-upon. Cone has clear affection for his characters, giving them both a warmth that earns empathy. As they get to know and accept each other, spiritual and sexual awakenings occur that don’t involve sweeping changes in personality or points of view. These women find happiness by embracing who they are, however different that may be, and accepting those differences.

The subtlety gets a little shaky with a potentially ugly incident that, though it’s not explicitly shown, adds a layer of tragedy, putting a temporary strain on the film’s charm before being forgotten. There’s also an extended sequence at Miranda’s house party – or, rather, “soiree” – filled with fellow intellectuals giving readings that borders on pretense.

That lull aside, Princess Cyd is full of infectious warmth and compassion. It’s both cerebral and intuitive, using the traits of Cyd and Miranda, to organically coax understanding. The changes in their lives may not be especially seismic, but this is a formative chapter in their story. One that seamlessly integrates history and suggests what may come in the future, all while focusing on the truth found in the here and now. 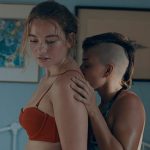 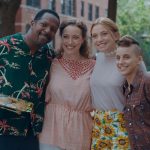 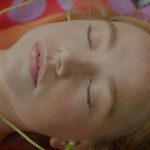