Turns out it was just TV static.
Buy It From Amazon
Buy It On DVD
Buy It On Blu-Ray

In general, remakes come in two distinct film flavors — bloated and overdone, or fast, cheap, and uninspired. Yes, there are rare occasions when the talent behind the scenes gets the balance right, reinventing the material while making sure we don’t forget the source, but that’s not a constant. Instead, most reduxes resemble the new Poltergeist, the wholly unnecessary return to the mainstream macabre classic from 1982. Back then, Steven Spielberg and Tobe Hooper delivered a solid experience filled with humor and horror. Thirty-three years later, all we’re left with are the premise and some barely passable special effects.

Three decades ago, the concept of a suburban family battling the spirits left behind by a tactless construction company (that moved the headstones BUT NOT THE BODIES!!!) was new and novel. Now, at any given moment, on any given cable channel, someone is being haunted by something. In 2015, ghost hunting is actually a resume entry. So in order for director Gil Kenan (Monster House) and screenwriter David Lindsay-Abaire (Rabbit House, Oz the Great and Powerful) to succeed, they have to bring something new and novel to the storyline.

Instead, they cheat, cutting fan favorites (Zelda Rubinstein’s Tangina is now Jared Harris’ Carrigan Burke) and truncating the running time in a desperate attempt to give the narrative some manner of life. Instead, we see the edits, remember what’s missing, and, perhaps most harmful to the remake’s chances, realize how much we enjoyed what came before. No update should have you pining for the past, but Poltergeist 2015 does that very thing. Even when the movie tries to amplify the threat by having not one, but a box of evil clown dolls, it can’t surpass our memories of the original.

Of course, if the idea of Poltergeist is new to you (and with the PG-13 target demo, it definitely could be), then you might just enjoy the story of Eric (Sam Rockwell) and Amy Bowen (Rosemarie DeWitt) and their collection of kid cliches: angry teen Kendra (Saxon Sharbino), the bland Griffin (Kyle Catlett), and the sister with the gift of “sight,” Madison (Kennedi Clements). Already, the lack of familiar names (the previous film focused on the Freelings, and perhaps most importantly, little Carol Anne) undermines our interest.

Anyway, Eric has just been laid off and the family has to “trade down” to a new home on an indistinct cul-de-sac. Apparently, the reason why an income-less parent can afford such a place is because it comes furnished with a series of spook show cliches, including jump scares and false shocks. Yes, we get an evil tree terrorizing the children (and thanks to advances in CGI, said wood is far more predatory), but new elements like a drone with thermal imaging and a possessed power drill feel out of place.

Perhaps the biggest problem here is the pacing. Suspense can’t be rushed. You can’t force dread — it has to develop slowly. The new Poltergeist is a good 20 minutes shorter than the original, the harsh hand of studio-interference and focus group complaints (the movie was made in 2013, after all) pruning the possible paranormal fun into a rush job. Even the finale, which finds us wandering the astral plane where Madison is taken stinks of something suggested in some clueless suit’s notes.

Kenan gives it his best, and on occasion, can prove a potent fright maestro. Lindsay-Abaire can also be credited with providing some dialogue that drags us in, reluctantly, to the Bowens’ torment. But we don’t come to a film like this to see interfamilial angst. We want a potent supernatural light show, with undead bodies breaking through the foundation to reclaim their gravesites. Poltergeist 2015 doesn’t get this. Instead, it repeats the past, and proves a pale comparison. 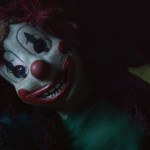 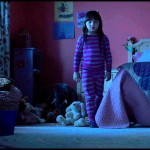 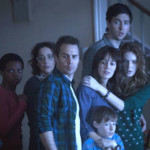