If it’s Awards Season, it’s time for Harvey and his maverick Weinstein marketing machine to convince us that another middling prestige picture is actually worthy of Oscar consideration (or at the very least, a little Golden Globes love). The ex-Mr. Miramax has so much practice at this cinematic shell game that it’s either laughable or laudable that he’s still so successful at it. Of course, it could be that he champions films that deserve their eventual accolades, but it’s become a cliche to suggest that, each year, Weinstein works some kind of film distribution voodoo on the voting members of the various Academies, earning hardware for titles that initially enthrall before just as rapidly disappearing from the cultural conversation.

The same thing will probably happen with the intriguing UK import, Philomena. Featuring fine work from Dame Judy Dench and a surprising Steve Coogan, this is a movie which manufactures drama out of the everyday life story of dozens of desperate women. In fact, it couches its often critical view of the Catholic Church and its treatment of young ladies “in trouble” in an aura of pro-faith absolution that seems antithetical to what actually transpired in this based-on-a-true-story situation.

When a young Philomena Lee (Sophie Kennedy Clark, later Dench) gets pregnant, she is forced under the care of a local convent and a group of nuns who demand she “repent” via hard manual labor in the laundries. She is also required to give her child up for adoption. 50 years on and she has no idea what became of her baby, which she named “Anthony.” Looking for closure, her daughter (Anna Maxwell Martin) approaches a scandal-plagued government official named Martin Sixsmith (Coogan) who just lost his job and is taking another stab at being a “serious” journalist. Together with Philomena, the disgraced man learns of how the nuns sold children to desperate couples, and using his connections in Washington, he traces the story to America. In the end, the pair return to the convent to confront the sisters on what actually happened, as well as their own sordid “sins.”

One of the best things about this otherwise average take on the crimes committed by the Irish Catholic Church in the name of salvation is that we find out what happened to Anthony relatively quickly within the Philomena narrative strategy. It’s not held to the very end, or enveloped in a kind of nobility that renders the rest of the last act moot. Instead, it’s just the first bit of information that leads to a legitimate final showdown between our differing plot personalities. Sixsmith, an aggressive atheist, wants people to pay for their nasty “In the Name of God” self-righteousness. Philomena, on the other hand, believes in her Bible and its primary objective: forgiveness. It’s a contrast we’re supposed to view as complex. Instead, it’s merely a means of making something out of a climax filled with very little.

On the other hand, one of the film’s main flaws is dragging out a Dateline-lite story into an attempted 90 minutes of maudlin dramatics. Sure, Dench and Coogan lighten things up on occasion, but if we’re supposed to see Philomena’s struggles as a combination of naivete and blind faith, all we truly wind up with is frustration and unfulfilled aims. Passing your hand over the situation’s head and granting it pardon is not enough for what Philomena and her fellow laundresses had to endure. Yet director Stephen Frears, no stranger to stirring things up, seems restricted here, unable to make a clear and concise point simply because his source was such a decent and trusting soul.

As with any road movie, the journey is often more important than the destination. To its credit, Philomena doesn’t fixate on the end game of Anthony’s fate. On the other hand, the ultimate resolution might make you feel like the trip wasn’t worth it — no matter what ol’ Harvey has to say about it. 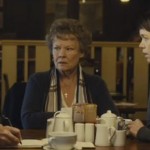 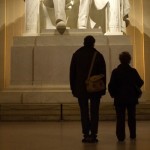 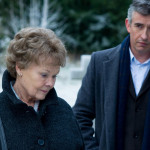