Is this dress blue or white?

Maureen has ghosts. One of them she’s trying to make contact with, literally, and her quest is quietly entrancing. At a deliberate pace, Personal Shopper, an artful, introspective ghost story, poses existential questions about coping with grief in a straightforward, affecting way. It also gets weird. And achingly tense.

Kristen Stewart plays Maureen, an American living in Paris. She works as an assistant for famous fashionista Kyra (Nora von Waldstätten), whom she barely sees. Unfulfilled by her work, she collects clothes for events and performs other tasks for the difficult woman. Maureen’s also a medium and hopes to connect with the spirit of her recently deceased twin brother. After all, the two made a pact that whoever died first would find a way to contact the bereft.

A female ghost appears at her brother’s creaky old home. Someone (either living or, perhaps, from the beyond) begins to text her. What does it all mean? The film thoughtfully tracks Maureen’s journey to get answers. Many of them about herself.

Reunited with Oliver Assayas, director of Clouds of Sils Maria, Stewart’s understated moodiness effortlessly escalates to debilitating fear and mellows to sober submission. While on a train to London to procure more clothes for Kyra, the mysterious texts grow increasingly personal and Stewart gently quakes in distress. This isn’t a screeching, frazzled damsel. She’s truly, deeply haunted. Later, she’s stone-faced and determined to find some form of peace. Stewart is absolutely magnificent, giving a lowkey performance of tremendous range.

Assayas also fills the film with side conversations and diversions that add context. Maureen watches a cheesy TV movie about Victor Hugo’s séances, which would seem ridiculous if we didn’t already know that ghosts definitely exist in the world of Personal Shopper. She also discovers the work of artist Hilma af Klint, who (probably rightly) claimed that her abstract works were ahead of their time.

Most intriguing are the text messages. Maureen indulging the cyberstalker in virtual banter is believable. She’s so desperate to connect and the back-and-forth provides a kind of catharsis. Even if this isn’t who she hopes it is, there’s an intimacy to the interactions. Typing personal details and becoming vulnerable is freeing. That bleeds into the “real” world, as Maureen gets fleeting satisfaction from trying on Kyra’s ridiculously expensive clothes and allowing herself to do something forbidden.

The messages grow more severe, and there’s a shot that’s probably as tense as a close-up on an iPhone screen can get. A string of missed texts slowly dictate the locations and intentions of the texter, all presented plainly without cheap music cues or manipulative edits, which makes it more terrifying. It’s a bit of a shame that the payoff isn’t as satisfying, and is more than a little logistically unclear. A few scenes end abruptly in similar frustrating fashion, while some speechifying mixes obliqueness with on-the-nose sentiment.

But Personal Shopper isn’t going for spectacle or neatly-presented resolutions. Assayas blends mundanity with mystical in a hypnotic way, the exploratory camerawork making it feel as if we’re eavesdropping on an emotional journey. One that, however procedural, is tinged with genuine loss and loneliness. That the film uses the illusory connections of our digital age to authenticate those feelings is all the more impressive. 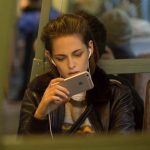 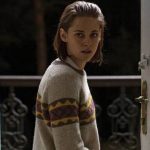 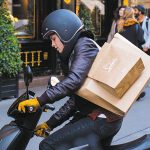