Does the camera love ya?
Buy It From Amazon
Buy It On DVD
Buy It On Blu-Ray

Parkland feels a bit like a school report coloring in the margins of President John F. Kennedy’s assassination – one that would receive a grade of “Incomplete.” Released in conjunction with the 50th anniversary of the event, writer-director Peter Landesman’s film contains nothing that would be a revelation for historians, nor enough to engage neophytes. The drama is centered on satellite characters whose lives were affected on that 1963 day in Dallas. It could be an interesting perspective, but we learn nothing of substance about the doctors and nurses at Parkland Hospital, or the FBI and Secret Service agents scrambling during the chaotic aftermath; there are only detached glances of how the thinly-drawn characters relate to the central drama.

There’s no talk of grassy knolls, bolt action rifles, or magic bullets, but there is a lot of talk – mostly just mechanical conversations about developing Abraham Zapruder’s film or hospital procedure. It’s meant to be jarring in its flatness, but winds up draining the raw emotion. Instead of unblinking, it comes off as unthinking. Zapruder (Paul Giamatti) is eager to film the president’s motorcade as it winds through Dealey Plaza with his new 8mm camera, but abruptly finds he’s captured an horrific event. At Parkland Hospital, Dr. Carrico (Zac Efron), Dr. Perry (Colin Hanks), and Nurse Nelson (Marcia Gay Harden) try in vain to resuscitate Kennedy’s lifeless body. Secret Service agents mill about unsure what to do and debating on how to get out of town with soon-to-be-president Lyndon B. Johnson and the grieving, but  no longer First Lady Jacqueline Kennedy. Agent Kellerman (Tom Welling) is the one most flustered, but with no knowledge of the Secret Service hierarchy, his hysterics mean little in the grand scheme of things. Meanwhile, Agent Sorrels (Billy Bob Thornton) attempts to persuade Zapruder to turn over his footage instead of splashing the images all over the news.

Lee Harvey Oswald (Jeremy Strong) is quickly named as the shooter, exposing his brother Robert (James Badge Dale) and mother (Jacki Weaver) to the scrutiny of the public and local law enforcement. Also in precarious position after Oswald’s capture is FBI Agent Hosty (Ron Livingston), who had been keeping tabs on the gunman and had an opportunity to arrest him weeks earlier for making threats against his office.

There are no surprises or intrigue as to how this all plays out. Following an opening that incorporates footage of Kennedy in what are now chilling speeches about heading back to DC after his Texas trip, the “in the moment” attributes of the film fall flat. Handheld camera movements and images that drift in and out of focus convey trauma and disorientation, but become too overbearing and noticeable as characters are reduced to pensive glances and chain smoking. The second half of the film tediously wraps up various bits of plot, with Zapruder’s negotiations with Life magazine, the decision to bury FBI knowledge of Lee Harvey Oswald, doctors at Parkland settling back into routine, and the Oswald family managing the aftermath. In a forcibly obvious juxtaposition, Robert Oswald is pragmatic while his mother is unhinged and spouting the distinguished career of her son, a conviction made even worse by Jacki Weaver’s overly showy performance.

Evocative flashes that call for audience contemplation are few and far between. One standout moment of insight has the Secret Service dealing with the logistics of getting Kennedy’s coffin on the plane back to Washington, carrying it up the stairs and around a tight corner. Others, including Lee Harvey Oswald’s funeral or Agent Sorrels’ reaction to his first viewing of the Zapruder film, though they may contain truth, feel overwrought. Without the ingredients to educate or provoke, Parkland is too measured for its own good, favoring an uneven tone over storytelling focus.

The Parkland Blu-ray features a director’s commentary, handful of deleted scenes, and a theatrical trailer. 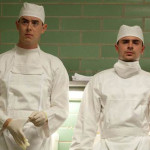 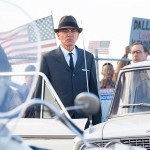 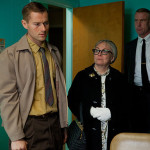