We concur.
Buy It From Amazon
Buy It On DVD
Buy It On Blu-Ray

Pan‘s problems all stem from one undeniable reality — the rest of the world loves this kind of cloying eye candy a whole lot more than the audiences here at home. A film like Pirates of the Caribbean: On Stranger Tides, can bomb on our shores, but ship it across the planet, and that $250 million at the box office turns into over $1 billion. Pan might not do that well in the foreign film exchange, but you can see the studio relying such a performance. Otherwise, there was no need for this nonsensical and insulting reworking of J.M. Barrie’s classic.

In fact, when Stephen Spielberg’s Hook is a far superior reimagining of the Peter Pan myth, you know you’re in trouble. That production benefited from Robin Williams’ star power, Dustin Hoffman’s surrealist interpretation of the title character, and a lot of contemporary parenting tropes. In 2015, all we get are flying ships (the nautical kind), pixie dust mines, and an orphan who is kidnapped by one of the dopiest dandies ever to sail the seven skies.

Hugh Jackman goes full camp overload as Blackbeard, the real pirate menace in this proposed trilogy (yes, you read that right). He’s all carefully sculpted beard, bad top knot, and a look that combines the worst of kabuki with the best of ’50s era cold cream. Trying to do the whole larger than life concept coupled with a serious sense of evil, all we end up with is a future installment of SyFy’s Face Off. Pan himself is no better. Director Joe Wright picked young Levi Miller out of obscurity, and it shows. He’s barely capable of holding the screen, a la Jake Lloyd in a certain big franchise’s first prequel.

That just leave two other abominations, one racial, the other radicalized. As Tiger Lily, the (now non) Native American princess who wants to take on Blackbeard, Rooney Mara is wasted. She’s all costume and very little complexity. Granted, this is a kid’s film, but the way in which Pan tiptoes around the whole “Indian” thing reminds one of how intolerant Disney’s cartoon was (including the song “What Makes the Red Man Red”). But that’s not as bad as turning Hook himself into Indiana Jones sans the swagger of Harrison Ford and an engaging backstory. We are supposed to see him fall out with Peter. Instead, they pal around too much to make any “betrayal” believable.

The story starts in WWII. Peter is an orphan. He’s kidnapped to mine pixie dust (which makes things fly, remember?). He links up with Hook, he helps the boy escape, Blackbeard goes bonkers, and Tiger Lily and her tribe help out. Are you excited yet? Do you care? Well, you won’t after sitting through this tedious slog. Wright believes that myth-building occurs best when his players are putting their over-the-top feet forward. Everyone — except Mara — is in hyperspace, with the visuals right behind them. There are more animated aerial battles and fancied froufrou thrown at the screen than a dozen Transformers films. That’s because the foreign film fan seems to care not for plot. It’s spectacle that they want, and the more computer assisted and cacophonic, the better.

Pan entered the filmmaking fray with a bit of a reputation, the script being one of those notorious “black list” numbers which always seem to underperform when the finally get made. In this case, the whole concept is so suspect that its previous accolades must have been paid for. Kids will hate this, parents will be appalled, and those who’ve always loved Barrie’s “never grow up” philosophy will only enjoy the fact this his estate probably earned a pretty penny out of providing the rights to this gibberish. Pan has the right name when it comes to possible cinematic critiques. It’s an obvious slam, but a wholly appropriate one for this mess. 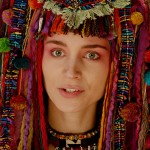 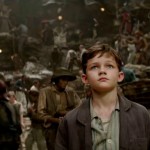 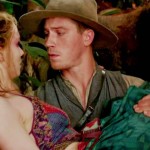