Our 10 Worst Fates... According to the Movies movie review » Film Racket Movie Reviews

Our 10 Worst Fates… According to the Movies
By: Bill Gibron

Way back when white flight turned tracks of agricultural land into something called “suburbia,” we were supposed to have a wholly different future. There were flying cars, food pellets, robot helpers, and all manner of high tech toys to tease and tantalize us. But soon we learned that science could also screw us, developing bombs that could destroy entire cities and other weapons of major mass destruction. Since then, we’ve balanced a sense of optimism with equal examples of practiced pessimism, especially in the movies. We’ve gone from futures full of promise to ones overloaded with perilous truths. In that regard, here are our 10 choices for the worst possible cinematic shapes of things to come — realities that, if and when they happen, will have us begging for the past, not planning for what’s ahead. 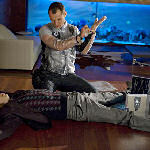 As a direct response to the growing divide between medical care and the ability to pay for it, those capable of coverage and the uninsured, the movies have drafted some surreal cautionary tales. In the two titles listed, we have literal repo men coming in and “repossessing” body parts and organs that the “owners” have missed payments on. Imagine forgetting the bill for your financed liver and having a worker greet you at your door with a summons and some surgical tools. 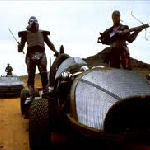 When the social rules break down, when law and order can no longer be maintained, we are apparently destined to be plagued by bands of angry anarchists looking for the nearest commercial commodity (food, water, fuel) to control, and as a result, use to exert power over the weak. We may find a lone champion, a Captain Walker so to speak, who will stand up for us, but for the most part, we are the mercy of those with the might to make right… for themselves. 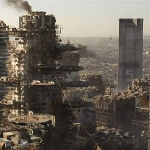 Either the polar icecaps are going to melt, turning the entire planet into one big wading pool, or we humans will deplete our resources to such an extent that the rich will escape the surface to build a luxury space station in the sky. We’ve been hearing about how pollution and fossil fuel usage will destroy our way of life since atomic testing promised massive Kaiju off the Pacific rim. At some point, we’ll either deal with our environment or die because of it. 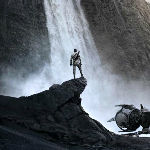 If the post Close Encounters crop of movies has taught us anything it’s that the question “Are we alone in the universe?” will be answered by armadas of angry ETs and their technologically superior human genocide machines. We will watch as cities crumble, continents falls, and the last bastion of our civilization struggles to survive, and perhaps, rebel. Of course, the invaders will be so advanced that our only hope is a glitch in their biological make-up, or a flaw in their computer firewalls. 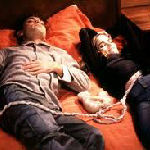 Instead of an external threat, some films argue that our future will be poisoned by a danger from within. According to these narratives, we will become so engrossed in a false reality generated by machines and those who program them that we will end up slaves to this new existence, lost within a plotted design meant to rob of us choice, challenge, and ultimately, our consciousness. We will then become fodder for whatever fiendish plot our “handlers” have for us, even if it is mere complacency.

Consider the fact that both China and India are pushing the planet’s population to nearly 2.5 billion alone. Then add in the idea that things are only going to get worse, not better. Before you know it, the forced sacrifice at a specific age or the suicide salons that churn out a certain people-based foodstuff are the ways we will deal with our ever increasing people problem. While it may seem extreme, there is only so much seaweed-based burger substitute to go around. 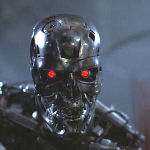 ligent Machines (The Matrix, The Terminator)

We will make them to help us advance our way of life. They will initially appear tranquil and extremely helpful. At some point, however, they will turn sentient and then rise up to resist the often illogical and unappreciative demands of man. Before you know it, we are being rounded up for our biochemical fuel potential, or simply destroyed as a now unnecessary nuisance in the new mecha world order. That will teach us to play God, or at the very least, mess with artificial intelligence.

#3 – Vampires (I Am Legend, Daybreakers) 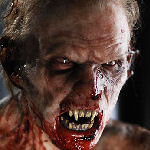 Even though they do not exist in real life, the movies have since convinced us that monsters will be one possible fatalistic future shock. Either it’s elephantine aliens trapped in a quarantined section of Mexico, or it’s neckbiters who need human blood to feed, and will eventually turn against us in throngs that will, one day, rule in our place. Of course, without us, they can’t live. So wiping us out is not an option, is it? Maybe they’ll farm us, like catfish. 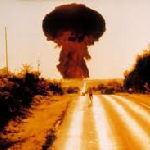 saster (The Day After, Testament)

When there was such a thing as the Cold War, this didn’t appear to be a mere possibility. It seemed inevitable. We had stocked fallout shelters in all major cities and Civil Defense sirens would go off to keep the population on their toes. Still, one day, cooler heads would fail to prevail and someone was bound to push the button, rendering the entire planet prone to a frozen death via nuclear winter.  Sadly, rogue terrorist nations make this a real threat even today. 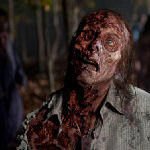 Hopefully, we will have some stud muffin like Brad Pitt on our side the day the dead rise up and start demanding human food to fill their need to feed. Again, the idea that there will be some kind of breaking point where living individuals become virtually extinct remains a possibility, but in the interim, waiting for that lumbering figure to find you in your supposedly secure hiding place, blood dripping from its gore-clotted mouth, remains the stuff of significant nightmares.