Don't forget to clear your browser history.
Buy It From Amazon
Buy It On DVD
Buy It On Blu-Ray

Given the recent spate of celebrity cell phone hacks, Open Windows seems especially prescient. Here’s a movie that imagines such a scenario and then takes it to the umpteenth degree. Writer/director Nacho Vigalondo specializes in endlessly twisty sci-fi with a down-to-earth feel, such as Timecrimes and Extraterrestrial. This time, he lets his craziest impulses run free, resulting in an irresistibly twisted work of technology-based imagination.

Elijah Wood plays Nick Chambers, the proprietor of a website dedicated to actress Jill Goddard (Sasha Grey). He’s been lured to the annual Fantastic Fest in Austin, Texas, under the ruse of winning a contest that will allow him to meet the object of his devotion. Sitting alone in a hotel room, he is contacted via computer by a guy named Chord, who claims to be Jill’s manager, informing him that Jill has cancelled their meeting. To make up for this, Chord sends Nick a hack that grants him access to her cell phone and computer, saying that the poor guy may as well get something out of the deal, even if it is only a small bit of revenge. It soon becomes clear, though, that Chord has much more sinister intentions, and the increasingly hesitant Nick is the tool with which he intends to carry them out. The unseen hacker forces Nick to breach Jill’s security further and further, until both their lives are in danger.

It’s a clever plot that gets mileage out of modern technological fears. Here’s the kicker, though: Open Windows takes place entirely on Nick’s computer screen. The whole movie is from the POV of someone looking at his laptop. Different windows pop up, each one showing a different perspective on the main action. Jill’s hacked devices, Nick’s hacked video camera, and his built-in webcam provide just some of the feeds that we see. Emails, screenshots, and security cam videos are also used. Sometimes the camera pans out so we can watch multiple things happening at once; other times, it zooms in so that we focus on just one window. Vigalondo masterfully weaves around, using the technique to create continually-mounting, fast-paced tension that starts immediately and never lets up. This is tour de force directorial work.

Two significant themes are at play in Open Windows. The first is how inducing panic makes it easier to control someone else. Chord convinces Nick to compromise his ethics just far enough that he could be in trouble if anyone uncovered his piracy. Now on the hook, increasingly extreme measures seem necessary to Nick in order to cover his tracks. This allows Chord to virtually violate Jill by proxy. The other big theme is invasion of privacy in this digital age. We’ve become reliant on devices that can be exploited, meaning that we’re never really 100 percent safe. Of course, the movie takes this to an extreme, yet it’s a credible extreme because we already know that things similar to what occurs here have taken place in real life. In other words, it’s realistic enough to be uncomfortable.

Open Windows has many twists and turns that catch the viewer off guard. It wouldn’t be fair to give anything away, but suffice it to say the movie is more than people sitting in front of computers. The action moves far outside of Nick’s hotel room and into the streets, an automobile, and even Jill’s bedroom. And the movie is just as much a character piece as it is a thriller. Elijah Wood gives a strong performance as Nick. Between this and the equally loopy/tense Grand Piano, he’s become a master at playing nervous guys taking orders from unseen figures. Wood provides a moral center for the movie, showing how Nick starts off complicit with Chord’s scheme, only to eventually find his own ethical limit. The revelation, though, is Grey, who does wonderful work playing a character who starts off oblivious and gradually grows terrified as she realizes that she’s at the center of something deeply unnerving.

Wood and Grey are terrific, and so is just about everything else. The last two plot twists are perhaps a bit too absurd, but even then it’s hard not to get swept up in the movie’s crazy energy and visceral punch. Open Windows is ingeniously structured, masterfully executed, and enormously entertaining.

Open Windows is available on-demand now, and will open in select theaters on November 7. 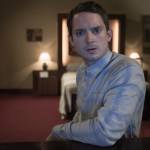 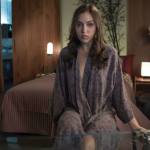 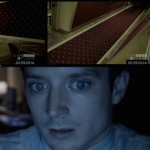 One thought on “Open Windows”