It's Hammer Time!
Buy It From Amazon
Buy It On DVD
Buy It On Blu-Ray

If Alfred Hitchcock was a young, vibrant filmmaker working in 2013, he’d probably have made a movie a lot like Oldboy. It has all the earmarks of his controlled, creative chaos, a movie where a supposedly innocent man is turned against the world and into his true self — a ruthless bully with a sour, selfish, self-centered streak capable of cruelty and horrors on a grandiose scale. It features a viable everyman (Josh Brolin), an equally feasible love interest (Elizabeth Olsen), and a truly hissable villain (Shalto Copley). Even the premise is predicated on ideas the Master of Suspense perfected decades ago. Since Spike Lee isn’t a rotund British auteur, he makes the material his own, infusing the film with an tactile urban grit that turns the tale of revenge into one of outright survival.

It’s 1993 and Joe Doucett (Brolin) is an alcoholic advertising executive with an angry ex-wife, a three year old daughter, and a desire to play fast and loose with his personal and professional responsibilities. After a business deal goes bad, he drinks himself into a stupor, eventually waking up in a sleazy hotel room. Turns out, it’s not your typical accommodation. Doucett is being held in a makeshift prison against his will, for reasons he is unable to fathom. Even when he discovers that his ex is dead, that his daughter has been adopted by another couple, and that he is the prime suspect in the crime, our lead is unsure of why he’s being held captive.

Twenty years later, a fit and fed-up Doucett is released back into the world, and his first and only goal is to find out who did this to him. Hooking up with an old friend (Michael Imperioli) and a friendly social worker (Elizabeth Olsen), he tracks down the makeshift penitentiary and tortures the “warden” (Samuel L. Jackson) for information. He is then connected to an affluent business man (Copley) who reveals that he is responsible for the imprisonment. He then makes Doucett a deal — if he can find out why he was put away, and why he’s now been released, he will give him a suitcase full of cash. If he doesn’t, he will murder Joe’s now-adult daughter.

Oldboy, a remake of the fantastic 2003 manga adaptation by Park Chan-wook, is the kind of experience which requires you to forget everything you know about the original. It functions on its own level, works within its own designs, and satisfies in a way which might make fans of the first film a bit uncomfortable. After all, the director of such definitive urban allegories as Do the Right Thing and Bamboozled couldn’t have successfully pulled this trick off… could he? The answer is a resounding “yes,” though this version doesn’t have the visceral impact of Park’s. Indeed, since it is a retread, only those with no frame of reference to the storylines or its various narrative twists will get the full force of what Lee’s Oldboy has to offer.

Lee seems to take to the sleazy material here, relishing the attempt to top Park’s signature one-vs.-many hammer fight. He also explores the story’s sexual elements with a kind of fearless spite. Brolin is excellent at brooding, bringing a much-needed strength to the core of the film while Ms. Olsen is excellent as a recovering addict trying to channel her need through helping others. Mr. Copley, on the other hand, is not on screen enough to warrant classic rogue status, but he still packs a wallop when he walks Doucett through the final denouement. There’s blood and brutality a-plenty, especially when our just released protagonist decides to ask Jackson’s jailer a few questions.

When you consider the insult that could have resulted from this remake’s original configuration (Steven Spielberg behind the lens, Will Smith in front of it), Lee’s take on Oldboy is to be celebrated. It’s not as mythic as the original, but it has a Hitchcockian bite all its own. 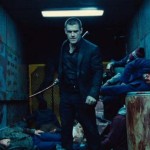 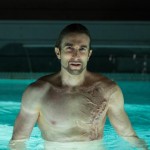 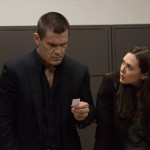