Have you heard about Dianetics?
Buy It From Amazon
Buy It On DVD
Buy It On Blu-Ray

It’s been 60 years since the world was wiped out in a war with aliens. Tom Cruise, as technician Jack Harper, scours the desolate face of the Earth for any remaining enemy Scavs while he repairs drones that keep large water conversion power plants functioning. There are only two weeks left before he and his partner Victoria (Andrea Riseborough) travel to Saturn’s moon Titan, reuniting with the rest of the planet’s remaining population. Under the auspices of mission boss Sally (Melissa Leo), they count the days and do their jobs… that is, until an old NASA ship crash lands on the surface, the survivor (Olga Kurylenko) bearing a startling resemblance to someone who haunts Jack’s dreams. What she represents will change everything our hero knows about his predicament.

As his follow-up to the failed Tron reboot, Joseph Kosinski’s Oblivion is a fascinating, if flawed bit of future shock. It stands light years beyond the dogfight in space dynamics of your typical big screen sci-fi while offering enough intriguing ideas and old hat hokum to keep the viewer off balance. This is a movie that trades on what has come before, which uses alien invasion, Earth rebellion, faceless enemies, and a dozen other derivatives to create a borderline original experience. While the plot pieces may not always fit well together, the performances and the production design keep everything grounded and going forward.

The devastation of our planet has never looked more provocative, a combination of ruined buildings and natural order that instantly puts us in the post-apocalyptic mood. Kosinski then adds a few flashy touches (Cruise’s bubble ship, the massive water power plants) to accent his scope and vision. The F/X here are stunning, as are the various spaceship/drone chase scenes. As a director, Kosinski may have a better handle on the eye candy than significant subtext, but the overall effect is intoxicating. Even as he indulges in moments that may or may not pay off in the end (like Cruise and Riseborough in a late night swim in their ultramodern sky condo), everything looks remarkable.

Including the man in the middle of it all. The rest of the cast may suffer in comparison to our lead, but with a presence as powerful as Cruise’s, that wouldn’t be hard. He gives one of his finest performances here, deep without being depressing, heroic without going overboard with the histrionics. In fact, Jack Harper may be the perfect Cruise character, a combination of the dour and the determined that seems to tap directly into his morose middle aged manliness. His terrible tabloid reputation aside, he’s a fine actor and a true old school idol. Within this type of setting, stripped of any possible real world connections, he becomes the perfect pawn for his director’s approach. He makes much of Oblivion work, and that’s saying a lot.

With a first half that’s a bit too long on the isolated loner material and a criminally underused Morgan Freeman (his work is more of an extended cameo than an actual supporting player), Oblivion is not perfect. But in a genre typically earmarked by superficial sturm und drang, there’s an undercurrent of seriousness here that’s refreshing. Some will argue that this is a mere amalgamation of other sci-fi tropes, but the truth is that most of the format faces a similar criticism. Besides, what it lacks in originality, Oblivion makes up for in style, and star power. 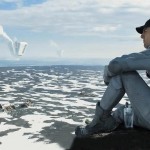 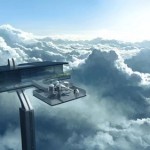 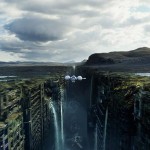