No Good Deed
By: Bill Gibron

Have you heard about Amway?
Buy It From Amazon
Buy It On DVD
Buy It On Blu-Ray

Genres spell out what audiences expect from them. A comedy should contain laughs. A tearjerker should make you cry. A sci-fi epic should have outsized ideas while a horror film should fill you with fear. And then there is the thriller. By definition, it should thrill. It should keep you on the edge of your seat, guessing how everything will play out while allowing the lapses in logic and reasoning to dissolve amidst a racing heartbeat and a sense of dread. The big problem with No Good Deed, aside from its shaky premise and questionable talents behind the scenes, is the lack of legitimate suspense. Even in a situation which seems fraught with potential angst, the overall effect is one of laziness, not alarm.

It’s not really the actors’ fault. They are well cast, and do the best they can with the material given. But a cat and mouse home invasion story, complete with a lame reveal at the end, can only survive on how novel or inventive it can be. Just doing the standard stuff doesn’t work today. We have to have sci-fi future shock settings (The Purge), a weird tongue in cheek tone (You’re Next), or a unique personal situation (Lady in a Cage) to reinvest us in what is happening. Otherwise, it’s Home Alone without Macaulay Culkin, bumbling burglars, or some highly sadistic slapstick. No, what we get here is one desperate mother’s attempt to keep a sinister (if still sexy) criminal from countermanding her settled suburban life.

Our mark is named Terri (Taraji P. Henson), a former District Attorney who’s now a stay-at-home parent of two young kids. When her husband (Henry Simmons) heads out for a golf weekend, she’s left to her own devices. When a stranger named Colin (Idris Elba) shows up at her house, soaking wet and asking for a phone — he’s just had a car accident — our should-be skeptic instead says “Sure!”

Of course, we know that he’s a horrible villain, a criminal whose just been denied parole, escaped from prison, and killed a few people in the process. At first, Terri is intrigued. So is her best buddy Meg (Leslie Bibb) who shows up with a bottle of wine and a matching lust. After tedious conversations, Colin goes gonzo. Terri then must defend her territory before learning the reason behind the bad man’s actions.

Turns out, the women we saw Colin kill earlier was his ex-girlfriend, and she was having an affair with Terri’s husband. Shock! Horror! I would offer up a SPOILER warning, but since the studios cancelled all preview screenings just hours before they were to begin, claiming the need to protect the final “twist” as the reason, I’ve decided to ruin it for everyone. This is not an earth-shattering surprise, and we get enough hints throughout the overlong dialogue scenes to infer such a set-up. It’s no Sixth Sense “ah ha!” In fact, it’s clear that the press were dis-invited from seeing the film early to keep the buzz marginally favorable until people started showing up with cash in hand and left angry.

Yes, this is a bad movie, poorly written and directed with little or no flair. David Fincher took similar material with Panic Room and delivered a modern suspense masterwork. Elba’s mate from the BBC series Luther, Sam Miller, is way out of his element here. He has no idea how to deliver the MacGuffin, to give audiences a chance to second-guess our heroine and get invested before the chaos reigns. Instead, he thinks he’s building character by letting these people blather on and on. Unfortunately, Aimee Lagos’ script is one-dimensional, a bare bones outline that can’t keep our interest for its scant 80 minute running time.

Considering that we’re in the cinematic dumping ground of September and that this is the fourth release date for the film, it’s no surprise that No Good Deed is a dog. Instead of doing something daring in an attempt to reinvent the thriller, it just goes through the standard genre motions. The result is rotten. 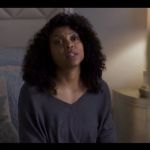 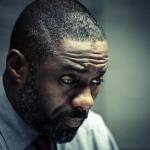 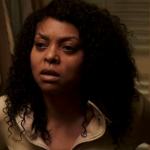