Night at the Museum: Secret of the Tomb
By: Bill Gibron

Anyone up for a codpiece gag?
Buy It From Amazon
Buy It On DVD
Buy It On Blu-Ray

For us film critics, the Night at the Museum franchise has been more like days in cinematic hell. With the talent-free Shawn Levy proving over and over again that box office returns have nothing to do with directorial savvy or skill, and with a narrative worthy of a first grader’s pop-up book, the end result is like sitting in a room full of braying baby goats. Sure, they’re cute and all, but the endless din can grate on your nerves like razor blades across the top of your fillings. The excruciating, wholly unnecessary third installment (called the “final” film in the trilogy — yeah, right) of this populace pabulum is no better or worse than the others. But by this point there is really nothing left to lean on.

This time around, Ben Stiller’s Larry Daley and the gang — including Teddy Roosevelt (the late Robin Williams), miniature cowboy Jedediah (Owen Wilson) and his equally diminutive pal Octavius (Steve Coogan), and that bratty monkey Dexter — head over to the British Museum. They hope to try and figure out why the magical talisman thingy called the Tablet of Ahkmenrah, the square hunk of precious metal that brought everyone to life in the first place, is now slowly losing its “power.” There, they meet up with Sir Lancelot (Dan Stevens), as well as pharaoh Merenkahre (Ben Kingsley), who invented the object and may hold the secret to restoring the device. Along the way, we get sappy father/son stuff with Larry’s kid (Skyler Gisondo) and some unfunny shtick from the usually reliable Rebel Wilson.

If K. Gordon Murray were still alive, he’d probably produce something like Night at the Museum: The Secret of the Tomb. Strike that — he’d, instead, scour the planet for the most mindless matinee material he could find, create a crappy English dub, and then unleash something with a similar title on unsuspecting wee ones all jacked up on overpriced candy and pop — and it would still probably be more entertaining than this. Who cares about quality when there’s a great untapped resource (read: Mom and Dad’s wallets) to pilfer from? These movies have never been about imagination or fun. They’ve been micromanaged and manipulated to maximize marketing and potential box office returns.

Instead of celebrating history and its educational advantages, the Museum franchise treats the past like a patsy, robbing it of both its dignity and its meaning. There’s no attempt to place the various characters into perspective. Instead we get monkeys urinating on tiny people while CG dinosaurs act like puppy dogs. It’s all artifice and show, spectacle struggling to be anything other than eye candy. Sure, a few jokes work here and there, the M.C. Escher sequence is interesting, and several of the performances are endearing, but shouldn’t something with a scholarly backdrop and so much potential have more to offer than simian scatology?

As with any insult to one’s intelligence, it’s hard to get a handle on why this movie got made, except for the dollar signs associated with its name. The Night at the Museum is that most hateful of Hollywood givens — the brand — and as such, part three doesn’t even have to try. It just trots out some famous faces, sets up the slack punchlines, and then goes back to the business office to tally up the totals. Even Stiller looks lifeless, realizing he’s traded a true movie star’s path for pratfalls involving animated artifacts. It’s like watching a ball player, past his prime, take one more meaningless swing of the bat. Pathetic.

In true Biblical terms, A Night at the Museum: Secret of the Tomb is the perfect example of reaping what you sow. You can’t claim to want a better motion picture product and then pour money into something this slight. All you’re proving is that studios can regurgitate the same thing over and over again and you’ll lap it up. 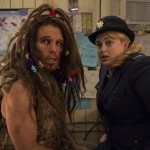 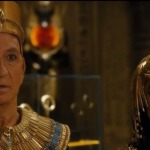 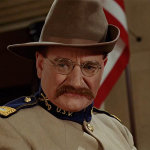