Separated at Birth?
Buy It From Amazon
Buy It On DVD
Buy It On Blu-Ray

Adulthood sucks. Holding onto those last few moments of youth before the real world steps in and destroys your childhood/teenage dreams is the very definition of arrested adolescence. For the characters in Nicholas Stoller’s new comedy, Neighbors, preservation of the past is perhaps more important than anything in their lives — marriage, parenthood, education, or employment. Their eagerness to maintain it creates the kind of character-driven comedy that’s rare in today’s slapdash humor department.

Mac and Kelly Radner (Seth Rogen and Rose Byrne) just want to form the foundations of their new family while trying to maintain an aura of desperate adult “cool.” When the Delta Psi fraternity, led by President Teddy (Zac Efron) and his right-hand man Pete (Dave Franco), moves in to the empty house next door, the delicate balance between responsibility and the couple’s former freedom is disturbed. As things go from acceptable to anarchic, fear in the face of “growing up” becomes the fuel for a war of wits between the two parties.

Indeed, Neighbors uses the subtext of “forever young” hedonism to excuse acts of public and private illegality, be it Mac sneaking out of work to smoke a joint with his divorced buddy Jimmy (Ike Barinholtz) or Teddy pushing his bros, including Scoonie (Christopher Mintz-Plasse) and Garf (Jerrod Carmichael) to find a way to earn Delta Psi an infamous place in the Fraternity Hall of Fame.

At first, our marrieds try to make peace with their noisy next-door party boys. When that fails, they get the police involved, though it looks like their sleepy little college town has one of the most lackadaisical law enforcement officers (comedian Hannibal Buress) in the history of public safety. This gets the school’s Dean (Lisa Kudrow) involved, and suddenly Teddy and the gang are one misstep away from expulsion. Once they discover this fact, Mac and Kelly make it their goal to see said mistake happen.

For the first 45 minutes or so, Neighbors is a crazy combination of gross-out gags (as when Rose Byrne’s swollen breasts are “milked” by Rogen), newborn baby cliches (Mac and Kelly can’t have spontaneous sex because their child keeps interfering), and carefully created character moments. In between, our frat boys act like animals, our couple complains a lot, and the rest of the sleepy suburban neighborhood seems oblivious to the atomic chaos going on around them.

Once Delta Psi is on probation and the Radners are in attack mode, the film switches over into an exploration of outrageous physical comedy and sight gags. The result is a well-meaning (and quite funny) mainstream comedy where the Apatow influence of the last few years (might as well add in the Farrelly brothers and Todd Phillips to the mix) is felt, but not forced, on the viewer.

This is because we have grown to understand these people and their various immature motivations. Mac doesn’t want the sudden struggles of being a new dad with a new house. Kelly wants to continue her pert party girl ways. Teddy sees himself as the preserver of his fraternity’s flame, which is important since he doesn’t have the smarts or the savvy to make it outside of college. In some ways, pre-adulthood freedom is all anyone has, and their desire to maintain it leads to more and more outlandish consequences. We laugh at them, in part, because they are often hilarious. We also laugh because we see ourselves in their frequently failed attempts.

Neighbors is a crazy and often quite clever comedy. It doles out its humor in obvious ways while sneaking in a message that will mean something to anyone with fond (if fading) memories of a time when sex, drugs, and acting like an idiot was the norm. Adulthood may indeed have its downside, but as Neighbors points out, avoiding it is equally hazardous… and hilarious. 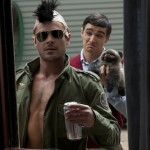 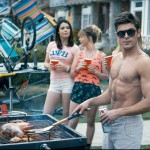 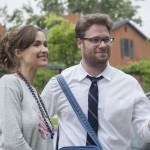