So why don't these Flemish paintings have any actual phlegm?
Buy It From Amazon
Buy It On DVD
Buy It On Blu-Ray

If you were to name common institutions designed to inspire calm and quiet, art museums would have to be at the top of the list. Even when housing the most fiery or controversial work, museums convey a static, peaceful solitude, like open air and still waters. Museum Hours, which uses Vienna’s Kunsthistorisches Art Museum as its narrative home base, imparts that feeling in some enlightening and intelligent ways. Its collection of paintings, highlighted by the complex work of Bruegel, informs the images of the city beyond its walls, and vice versa, with the film’s two main characters experiencing both. The karmic connection between the two worlds is gentle and sometimes subtle, edited with a beauty and commentary that somehow even transcends the meeting of art and life.

The two characters — participants, bystanders and observers in this setting — are museum guard Johan (Bobby Sommer) and Canadian tourist Anne (artist/composer Mary Margaret O’Hara), meeting for the first time at the museum in between Anne’s hospital visits to see her comatose cousin. Johan offers Anne transportation directions and translation skills, and the two form a particularly non-defined friendship… one that would surely blossom into an unlikely romance in just about every other movie. But not here.

That’s because writer-director Jem Cohen sees the value of human connections that can’t be categorized by conventional movie tactics. In fact, as likable and interesting as their friendship is, Johan and Anne aren’t really the true center of the film. Johan offers introspective voice-overs, as Cohen’s camera shows us around the museum and peeks at its visitors, but Museum Hours isn’t about the life of a quiet security guard. It’s really about art — in paintings, on the Viennese streets, at a Sunday night pub party — and not just “high” art but the very elements that make up our environment. Half-finished construction. Narrow alleys. Cigarette butts in the gutter. (Yeah, I’m thinking it’s the even-artier-art-house version of Before Sunrise.)

The closest Cohen comes to actively spelling out his motives is a fascinating sequence in which a museum lecturer (Viennese actress Ela Piplits) takes a small group through the Bruegel exhibition, discussing the artist’s approaches to peasant life and his playful ability to confuse a work’s focus for the eye of the beholder. The interlude details Cohen’s passion for the pieces and parts of a total landscape, but it’s also an effective few minutes of filmmaking, complete with its own personal conflict and complexities. It makes for a hell of a cool short film, and is probably one of the finest scenes in a movie this year.

When Museum Hours does get back to Johan and Anne, it becomes more emotionally accessible, if only because the players lend the scenes comfort and familiarity, even when Cohen shoots from disquieting angles behind them or in profile. The two actors are almost mesmeric in tone: Sommer has a deliberate cadence, his warm monotone colored by Germanic accents, and O’Hara hums with a quirky, awkward Canadian lilt. There’s a somewhat musical rhythm to the calm, an inviting — and perhaps unintentional — layer to the film.

That’s not surprising when you consider the three main contributors to Museum Hours have all been part of the professional music world in varying degrees. None brings a typical moviemaking background with them. And that may be the cohesive element that makes Museum Hours a very special, very atypical film. 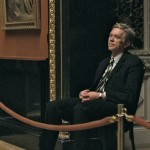 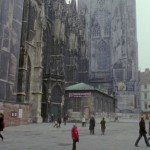 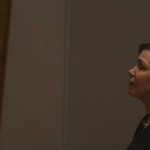