Setting Ant-Man on fire.
Buy It From Amazon
Buy It On DVD
Buy It On Blu-Ray
Buy The Book

A great performance can elevate even the most mediocre film, the joy one gets in watching an actor or actress at the top of their craft counteracting the rest of the movie’s misgivings. In this case, the performer is the always grand Sir Ian McKellen and the role is an aging and mentally clouded Sherlock Holmes. Set in the late ’40s, our story centers around the famous detective, his last case, and a desire to correct the mistakes made by Dr. John Watson (Colin Starkey) over the facts. The latter has published a book which Holmes has issues with, and he hopes to use his faculties one final time to piece together the puzzle.

You see, it was this case which forced Holmes to retire 30 years before, and he knows that Watson only has half the story of Thomas Kelmont (Patrick Kennedy), his melancholy wife (Hattie Morahan), and the odd musical instruments she plays — the glass harmonica. Unfortunately, his iconic brain is failing, and our hero has sought out such unusual treatments as “prickly ash” from Hiroshima and royal jelly from his own beekeeping as a cure. Cared for by his widowed housekeeper, Mrs. Munro (Laura Linney), and her 14-year-old son, Roger (Milo Parker), he needs this closure to set his legend straight. Naturally, it won’t be that easy.

The main issue with Mr. Holmes isn’t the acting. It’s excellent across the board, though few in the cast can compete with Sir Ian. It’s also not the direction. Bill Condon has trolled this territory before, giving us James Whale’s last days in Hollywood for the brilliant Gods and Monsters. McKellen was even along for the ride on that one. But while their first collaboration gave us insight into what it was like to be a closeted gay man in the early days of film, Mr. Holmes feels like a shallow send-off, a chance for a famous face to take up the mantle of literature’s most famous detective (the movie is based on a modern novel).

McKellen is walking on sacrosanct ground, trudging where Basil Rathbone, Christopher Lee, Peter Cushing, Johnny Lee Miller, Benedict Cumberbatch, and Robert Downey Jr.–among others–once schemed and strategized, and he’s very good. When Holmes falls into his confusion, when we see every day of his 93 years stretched across his haggard face, we get the full force of Mr. Holmes. This is a living elegy, a testament to the power of the past to carry a character in the present. Sure, recent revivals have become cheeky attempts at comedy and/or action, but those longing for the classic version will appreciate what Condon and McKellen do here.

Too bad the rest of the experience is so uneventful. The main mystery, as well as the sojourn to Japan, offer little in the way of mystery or suspense. Each subplot struggles to be something other than padding, a way for us to see our lead from a different perspective. But just like the book it is based on, Mr. Holmes thinks it’s clever adding in such unnecessary detail. By the end, we wish we had just spent time with this aging idol, his newfound family, and his famous — now failing — faculties. Again, McKellen cannot be blamed. He is borderline brilliant, turning the anarchic character into something living, breathing, and believable.

For over a century, the term “detective” has been defined by one name and one name only: Sherlock Holmes. He’s the quintessential investigator, his once heralded intellect and logic the reason behind his reputation. Now, as an old man, the celebrated brain is broken, and we are supposed hang on every last word, every last thought he produces. When Mr. Holmes concentrates on the character and gives its actor a platform to perform from, it’s electrifying. When it doesn’t it’s dull, frankly. 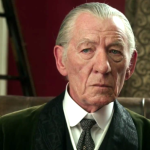 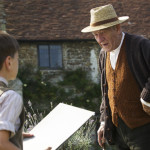 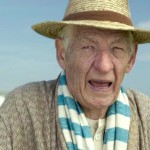