Mamma Mia!
Buy It From Amazon
Buy It On DVD
Buy It On Blu-Ray

Mother’s Day is four terrible movies in one. Or, more accurately, it’s four rough outlines for terrible movies smashed together into one long, disjointed, aggressively unfunny and unmoving experience. Following the template (and the results) established in director Garry Marshall’s holiday-themed Valentine’s Day and New Year’s Eve, the Mother’s Day vignettes add up to a whole lot of nothing. We can only hope the rest of the calendar is spared similar treatment.

In the week leading up to Mother’s Day, divorced mother of two Sandy (Jennifer Aniston) is blindsided by her ex-husband (Timothy Olyphant), who informs her he’s married his much younger squeeze (Shay Mitchell). Sisters Jesse (Kate Hudson) and Gabi (Sarah Chalke) are hiding their families from their bigoted, homophobic parents (Margot Martindale and Robert Pine). Why? Because Jesse’s married to an Indian-American doctor and Gabi is married to a woman.

Bigoted, homophobic parents who wear t-shirts emblazoned with the phrase “Hardcore American,” drink beer called “American Light,” and casually drop the slur “towelhead” with their thick Texas drawl are always hilarious in a breezy dramedy. This is the most curious string in the movie, painfully unfunny and lacking any nuance. At one point the sisters’ mom and mother-in-law wind up on a Skype call. Mom is drinking a trusty ol’ American Light. The Indian mother-in-law? An India pale ale. It’s all cringe-worthy.

Elsewhere in Atlanta, widower Bradley (Jason Sudeikis) and his two daughters prep for their first Mother’s Day without their wife/mother, while young mother Kristin (Britt Robertson) has reservations about marrying her baby daddy Zack (Jack Whitehall).

All of these scenarios present real challenges, but Mother’s Day isn’t interested in anything genuine, not even on a dopey romcom level. There’s zero perspective or insight. The plot points are so thinly drawn as to be transparent and telegraphed from several screenplay pages away. Not that interlocking stories about the tribulations of motherhood and, in some cases, dealing with mothers has to be shatteringly poignant, but to call the plainness on display here low-hanging fruit would be an insult to low-hanging fruit. At one point, Aniston pulls a rotten apple core from a garbage can and hands it to a co-star – that’s the produce-related metaphor that’s most apt in this case.

Bradley has to buy tampons for his blossoming daughter. Guess what? The cashier needs a price check… so embarrassing. His daughter also wants to drive mom’s old car when she gets her license, something he’s vehemently against it at the beginning of the film. No need to wonder how that scenario plays itself out by the end.

Kristin’s cold feet derive from being given up for adoption as a baby and she says (out loud to an acquaintance), “I have abandonment issues.” And, wait a minute, successful Home Shopping Network pitchwoman Miranda (Julia Roberts, reunited with Pretty Woman co-star Hector Elizondo as her agent) just happens to be in town. At first, Miranda may seem superfluous and not connected in any way to the motherhood theme, but… hmmm.

Aniston and Olyphant’s relationship is the closest to feeling real, occasionally showing the logistic and emotional challenges of co-parenting. Though the biggest actual conflicts are Aniston overreacting to the new stepmom’s cleavage and a child’s minor medical emergency that conveniently puts everything in perspective. (Note: if an asthma inhaler is introduced in the early scenes of movie, you can be sure that at some point the asthmatic will be without it during an attack).

Packing nothing but blunt-force pathos, Mother’s Day completely drains the charm from an inherently charming cast, forcing them into one-dimensional, witless caricatures. The one authentic laugh comes in the outtakes during the closing credits when Roberts breaks character. It’s funny, though certainly not worth enduring the two-hour slog that precedes it. 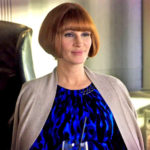 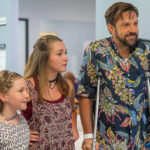 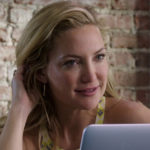