Moms’ Night Out
By: Mike McGranaghan

Moms' night out... with Jesus!
Buy It From Amazon
Buy It On DVD
Buy It On Blu-Ray

Christian cinema continues its move into the mainstream in a crucial way with Moms’ Night Out. Whereas recent faith films like God’s Not Dead and Heaven Is for Real have been dramas, this one is a flat-out comedy. As such, the requisite message is delivered with a much softer touch. One character’s husband is a pastor, which allows for a scene set in church as he preaches his sermon, and another gives a religion-tinged, but entirely relevant, speech near the end. And that’s about it. While it’s encouraging to see an entry in the genre attempt to blend its ideals in a way that’s a little more organic, the truth is that everything else about the picture is as blunt as jackhammer.

Sarah Drew plays Allyson, a “mommy blogger” who is overwhelmed by the demands of caring for several children, despite the fact that her husband Sean (Sean Astin) is fully supportive. In desperate need of a break, she organizes a night out for herself and two other harried moms, Izzy (Andrea Logan White) and Sondra (Patricia Heaton). The evening turns out to be anything but relaxing. A mixed-up dinner reservation is merely the least of their problems. Because Allyson isn’t available to babysit, Sean’s sister Bridget (Abbie Cobb) leaves her infant son in the care of her ex-boyfriend while she works. When the moms run into the guy while out on the town, it sets off a frantic search to locate the child, who is haphazardly being passed around from caregiver to caregiver. They eventually get help from the proprietor of a local tattoo parlor (played by that paragon of comedy, country singer Trace Adkins). Meanwhile, Sean and the other daddies deal with complications of their own, including an errant bird and a “stolen” minivan.

Moms’ Night Out is the kind of comedy that mistakes incessant wackiness for actual wit. The actors have apparently been instructed to play the material as broadly as possible. They all give performances that contain an excess of shouting, mugging, and arm-flailing. There’s barely a subtle moment anywhere. Patricia Heaton comes off best, earning what few chuckles there are to be found. Heaton’s years on Everybody Loves Raymond allowed her to perfect her crack sitcom timing, and since Moms’ Night Out is essentially a 98-minute sitcom, she seems the most at home. The screenplay does no one any real favors, though. Every situation the characters find themselves in is so unrepentantly goofy that the only way for the story to carry on is for all of them to act like complete idiots. If anyone here had a brain, the film would be over immediately. At every turn, they do the exact thing common sense should tell them not to do. Audience members with even a modicum of logic may find themselves frustrated by the forced nature of their behavior.

This continual straining for wackiness extends to the filmmaking itself. Directors Andrew and Jon Erwin (October Baby) frequently freeze the image to allow Allyson to explain in voiceover what she’s thinking and clutter the screen with graphics whenever she blogs or someone texts. From time to time, cartoony images pop up to drive home some joke that isn’t funny to begin with. An intrusively jaunty musical score can be heard throughout, as though cueing you to laugh. The Erwins even resort to a couple of creaky clichés. When Allyson and the ladies first hit the town, there’s a slow-motion shot of them walking in unison. Even more eyeroll-inducing is the wacky montage of all the characters dancing over the end credits.

The surprisingly best thing about Moms’ Night Out is its Christian message, which is handled in a sensitive, down-to-earth manner. Rather than forcing an out-of-nowhere miracle into the third act (as God’s Not Dead did), the movie opts for something much more identifiable: a nice conversation between two characters that ultimately reveals the true theme. Many mothers, Moms’ Night Out suggests, rely on their faith to help them deal with day-to-day parenting issues; that same faith inspires them to be the best mothers they can be to their children. It’s a beautiful, touching, truthful idea that deserves so much better than this generally obnoxious, unfunny movie. 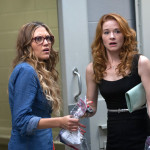 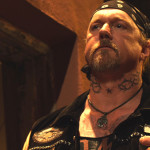 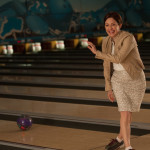 8 thoughts on “Moms’ Night Out”