Time for another dull adventure.
Buy It From Amazon
Buy It On DVD
Buy It On Blu-Ray
Buy The Book

The YA novel-to-multiplex craze is in its death throes. The final movie in the Divergent series – whatever “-ent” or “-ant” it is – is skipping theaters altogether after the tepid response to Allegiant. The sameness within the genre has made it long stale.

Based on the dark fantasy novel by Ransom Riggs and under the direction of Tim Burton, Miss Peregrine’s Home for Peculiar Children had the potential to be different. Instead, any fun oddities or fresh takeaways are buried under a customary 21st century YA sheen that combines Harry Potter with X-Men. The whimsical elements and the outsider hero story don’t mesh at all and the rambling film becomes a slog through endless, uninteresting plotting.

We open in Florida, where social outcast Jake (Asa Butterfield) has been reared on the stories of his eccentric grandfather Abe (Terence Stamp). Gramps often spoke of an orphanage in Wales that was home to children with various “peculiarities” – code for special powers and/or strange abnormalities. After an inciting tragedy, Jake heads across the pond to find the place. Passing through a magical portal, he discovers Miss Peregrine (Eva Green) and the children in her charge, all of them trapped in an endless loop of the same day in 1943, right before a German bombing raid destroyed the orphanage.

Ostracized to the extreme, and stuck in a Groundhog Day-esque existence, these unfortunate souls aren’t explored as tragic figures, only defined by their bizarre gifts. There’s the lighter-than-air Emma (Ella Purnell), the girl who can conjure fire (Lauren McCrostie), an invisible boy (Cameron King, allegedly), and several others.

The shunning and their sad, suspended lives are used merely as a jumping off point to introduce the evil Barron (Samuel L. Jackson), bent on destroying this odd settlement, and others like it, for some weird reason that we don’t care about. In this peculiar world, the monsters in grandpa’s stories definitely exist – and resemble Potter’s Dementors. Comparisons to the “real monsters” in Europe in the ’40s feel more a little icky.

Visually, the movie is mostly bright, bland fantasy, though Burton musters a few interesting macabre ideas. Enoch (Finlay MacMillan) can use small animal hearts and brains to create beings that do his bidding. A fight he orchestrates between a pair of stitched-together dolls recalls early Burton, while a battle with skeletons pays fine homage to Harryhausen’s Jason and the Argonauts. Amid all the morbid fun we almost forget to question how this weird kid obtained all these organs.

Burton and screenwriter Jane Goldman (who, perhaps not so coincidentally, also penned X-Men: First Class) aren’t very interested in “hows” or “whys,”  and there’s little depth to achieve when there’s so much mythology to pile on. Powers are invented as needed to advance and explain the goings-on – from Miss Peregrine’s ability to manipulate time, to shapeshifting, and so on – all the way through the end of the movie. In the final act, Jackson is still snarling out his plan while the peculiars are constantly clarifying the intricacies of their time loop.

Of all the reciters of rules, Green is by far the most engaging. Her prim and proper mannerisms and no-nonsense, rapid delivery would make for a great heroine, or anti-heroine, in a better film with a better realized character. She makes a little something out of nothing.

Purnell has those big Burton eyes, but they’re only used to emote the highs and lows of a standard love interest. Jake is a completely empty vessel to be filled with clichéd coming-of-age lessons and Butterfield is never allowed to stray from those conventions.

Chris O’Dowd, Allison Janney, Judi Dench, and Kim Dickens all show up in nothing roles, used as cogs in Jake’s self-realization machine, and as vacant as every other character. If only Enoch had some spare hearts and brains for them, or for the soulless, mindless movie he’s trapped in. 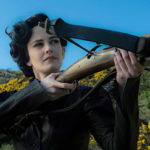 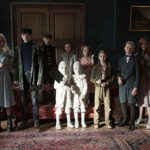 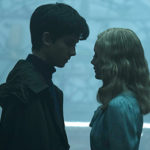