Where's our theme park?
Buy It From Amazon
Buy It On DVD
Buy It On Blu-Ray

Minions is the cinematic equivalent of someone offering an origin story to Willy Wonka’s Oompa Loompas. It’s Igor’s time to shine, an 88 minute journey into sidekick minutia. It looks amazing and provides parents enough ’60s nostalgia to make up for its lack of a legitimate narrative. Indeed, once our yellow pill-shaped “people” find their first major supervillain, a hellbent on being the Queen of England Scarlet Overkill (Sandra Bullock, doing solid voice work), the story kind of meanders, moving from scene to scene with a randomness that doesn’t buy the effort that much goodwill.

Oh, your eight year old will adore it. It’s like a Disney Channel or Cartoon Network series stretched out to a meager motion picture running time — and that’s a good thing. A little bit of these gobbledygook-spewing servants goes a very long way, and writer Bryan Lynch and directors Pierre Coffin and Kyle Balda can’t quite figure out if they should be slapstick stooges or sophisticated satirists. Part of the film pulls Swinging England apart at its Summer of Love seams. At other instances, we are waiting for the inevitable fart jokes.

Oddly, one never arrives, though that’s one of the few unpredictable things about this film. As the credits roll, we learn that the Minions evolved right along with other prehistoric species, becoming the tick birds for a T-Rex before said dino takes a dive into some lava. We then see the blobs offering their services to Dracula and Napoleon before seeking sanctuary in a polar clime. There, three volunteers — Kevin, Stuart, and Bob (all played by Coffin) — head off to civilization to seek a new boss. After a quick visit to New York, they end up in Orlando, where a villain convention connects them with Scarlet.

Once in England, their new leader’s invention-prone boy toy, Herb (Jon Hamm, almost unrecognizable), hooks them up with his latest weapons and send the Minions off to rob the Crown Jewels. A run in with King Arthur’s legendary sword in the stone turns the tables on Scarlet’s plans, putting superior against subordinate for control of the castle. With the help of the former Queen Elizabeth (Jennifer Saunders) and their way of accidentally achieving victory, the Minions make it their goal to help Scarlet while reuniting with the rest of their now wandering tribe.

Because it blows by on a breezy sense of fun that few family films strive for, Minions can be forgiven for being as light as candy floss. The jokes come fast and furious, and are about as witty as that car chase thriller. Indeed, several punchlines fall flat, a lack of timing and intention really undermining the humor. When Kevin, Stuart, and Bob find their physical comedy groove, they are a lot like a certain Moe, Larry, and Curly. When they don’t, they’re Joe Derita mixed with Joe Besser.

The rest of the humans are acceptable, with a few demanding more screen time than the movie gives them. In fact, had Minions merely focused on the bank robbing Nelson clan (with parents voiced by Michael Keaton and Allison Janney) we’d have two interesting elements to get invested in. Without them, it’s all Scarlet and, frankly, she’s not a lot of fun. Even Geoffrey Rush is wasted as our narrator, never given a single funny line or quip to deliver.

Of course, the target demo doesn’t care about this. All they want to see is their nightlight and/or action figures come to life, and in that regard, Minions makes an impact. Sure, it’s just a cash grab offshoot of an already established billion dollar animated series (yes — Despicable Me 1 & 2 have earned $1.5 billion at the box office) and it will make back its investment many time over. But with a chance to offer something where “anything goes,” the creators played it safe. The result is a sidekick’s story dragged well beyond its need to exist. It’s likeable, but limited. 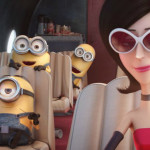 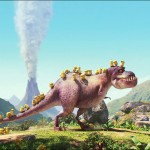 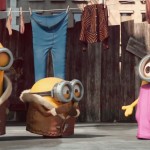