We need to call our agents.
Buy It From Amazon
Buy It On DVD
Buy It On Blu-Ray

Mike and Dave Need Wedding Dates needs a lot of things. A sense of humor and half a brain would be a good start. A coherent script, perhaps. Ill-conceived, and unfunny and off-putting in execution, the movie mistakes general raunchiness for wit and idiocy for charm. The quartet of performers playing Mike, Dave, and their dates is appealing, but their characters are so unpleasant and grating that any allure is lost.

The Stangle brothers, Mike (Adam Devine) and Dave (Zac Efron), are 20-something dude-bro liquor salesmen notorious for ruining family functions with their wacky antics. Their parents (Stephen Root and Stephanie Faracy) give the manchildren an ultimatum: they must find nice ladies to bring to sister Jeanie’s (Sugar Lyn Beard) wedding in Hawaii. This, they think, will keep their halfwit sons in check. The brothers post an online ad looking for dates that goes viral. Hoping for a free tropical vacation, boorish party girls Alice (Anna Kendrick) and Tatiana (Aubrey Plaza) con their way to Mike and Dave’s affections. In no time, the four dolts are off to Hawaii to make a mockery of the nuptials.

They actually fit right in because everyone in this movie is an obnoxious dullard. The most honest line of dialogue is, “I am so dumb.” It would apply no matter who uttered it. The funniest aspect of the script are attempts at humanizing the outrageous characters to gain empathy – Dave wants out of the liquor business to purse drawing (that’s what they call it, “drawing”), and Alice is recovering from past relationship trauma. It’s really hard to care about someone who gives the bride-to-be Ecstasy at her rehearsal dinner, though.

Supporting characters are all broad and humorless: the straight-laced (and African-American, as pointed out by the movie a few times) groom (Sam Richardson), the Indian masseuse (Kumail Nanjiani), the bisexual cousin/rival for Dave (Alice Wetterlund), and so on.

Mike and Dave are so stupid we wonder how they can live independently without full-time supervision. It’s unclear why they feel the need to walk into a cocktail party like Steve Martin and Dan Aykroyd’s wild and crazy guys from SNL. Dave is even dressed like Yortuk.

Efron and Devine have shown the ability to play dumb effectively, in the Neighbors films and Workaholics, respectively. Here, they’re reduced to sputtering out nonsensical fragments and shouting a lot. Plaza is good at being devious, and Kendrick can’t help but be at least a little sweet, but, like everyone else, they’re left hanging by a rudimentary screenplay. Writing credits are shared by Andrew Jay Cohen and Brendan O’Brien, though it’s hard to ascertain what form the shooting script took as most of the film feels ad-libbed. And poorly. Maybe they all had a blast hanging out in Hawaii; if so, it doesn’t translate to the screen.

This is director Jake Szymanski’s first feature, and he struggles to break from his past in shorts and TV. The movie plays like a string of vignettes with little care about what had come before or what’s to come after. The emphasis on crude gags and free-flowing one-liners is insufferable. Comically bad ADR work reveals the disjointed improvisational style and slapdash craft. There are no arcs and no true payoffs for any of the unfunny shenanigans. It’s okay if your characters are stupid and crass, but stupidity without inspiration just doesn’t work.

The movie is actually (loosely) based on the true story of the Stangle brothers who looked for wedding dates on Craigslist. Their ad read, in part: “You should be attractive or our aunts will judge you, but not TOO attractive or one of our uncles might grope you.” Charming. So maybe the movie did a fine job at capturing the essence of its real-life subjects. That doesn’t mean they’re fun to hang out with. 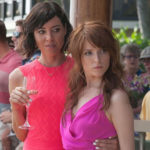 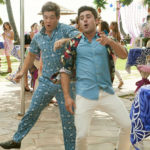 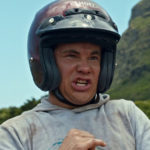