At Middleton
By: Blake Crane

I've got a bike you can ride it if you like.
Buy It From Amazon
Buy It On DVD
Buy It On Blu-Ray

Imagine if Jesse and Celine never met on that train to Vienna in 1995’s Before Sunrise and didn’t connect until they were middle-aged and married to other partners, each with a kid heading off to college. That’s the scenario of At Middleton, where kindred spirits come together for a romance with manufactured time constraints. Lacking the incisive prose of the Before series, At Middleton sustains momentum on the shoulders of strong lead performances but never quite finds the appropriate mixture of saccharine and sobering reality to encourage in-the-moment engagement or lingering resonance.

Free-thinking and forthright Edith (Vera Farmiga) takes ambitious daughter Audrey (Taissa Farmiga, Vera’s real-life younger sister) to Middleton College for a campus tour. They immediately cross paths with uptight heart surgeon George (Andy Garcia), who’s taking unenthused son Conrad (Spencer Lofranco) on the same tour in hopes of changing his blasé attitude toward the institution. The “meet cute” consists of Edith speeding into a parking spot that cautious George is backing into. The pair quickly develops a rapid-fire, opposites-attract banter and they separate from the tour group to explore the campus on their own. They sense shared frustrations in their usual lives while falling for each other – or at least falling for the idea of falling for each other.

Garcia and especially Farmiga do a remarkable job of selling the fastidious script by Glenn German and director Adam Rodgers, even during precious moments like discussing the odds of a cardiac surgeon having the surname Hartman. The film is full of crafted conversations, including a running joke involving the word “feckless,” which is not a good idea when your screenplay is an illustration of the term.

Nevertheless, the chemistry of the two leads keeps the film afloat, with affable agitator Edith dragging George into uncomfortable situations that reveal character while injecting some lighthearted fun. She relishes her few hours of freedom, while George begins to embrace cutting loose from a regimented façade that hides repressed sorrow. A hike to the top of a bell tower, a bicycle theft, a piano duet, and a stop in a dorm room for bong hits are all presented with a cuteness – complete with frivolous brass on the soundtrack – that can’t escape routine rom-com lingo. The crashing of an acting class starts off sweet before diving into fairly heavy territory, but an improv conceit comes off as a lazy way for the characters to express exactly how they really feel. Instead of arriving at emotional epiphanies naturally, there’s always a situational setup followed by mini-payoff or cute conversational button.

Managing crises isn’t limited to those in midlife. Audrey is desperate to convince a linguistics professor (Tom Skerritt) to mentor her with an earnestness that borders on obsession, while Conrad is slow to warm to his father’s college preference. Because we spend so much time with the parents, the brief time we get with their progeny feels like obligatory reinforcement of the “life-altering decision” theme. Taissa Farmiga shows that acting chops run in the family, though her character is given little to do other than get worked up over mom’s antics or the vaporization of her Middleton dream.

Working with a script that isn’t as insightful as it desperately tries to be, Farmiga and Garcia are able to communicate a contagious sense of fun, but one that is fleeting. Edith and George know, as do we, that their flirtations can’t last beyond a few hours at the college campus. They’ll always have Middleton; unfortunately we’re not left with much. 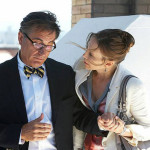 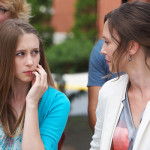 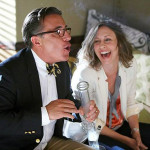