Put me in, coach!
Buy It From Amazon
Buy It On DVD
Buy It On Blu-Ray

Back in the ’50s, Disney decided that it needed to supplement its still struggling animation division with a series of live action films. After going through folklore and fables, documentaries and dire kid adventures, it settled on a collection of conservative college comedies that turned the studio, and its star Kurt Russell, into a legitimate movie presence. Then the ’70s came along and the House of Mouse struggled again. It wasn’t until recently that the studio hit upon another successful film formula, the inspirational sports story. From Miracle to The Rookie, Invincible to Million Dollar Arm, Walt’s workers have found a way to bring viewers back to the cinema without challenging either the material or the mainstream demo.

McFarland, USA is another example of the Disney acumen. It’s a slick and well-made (if manipulative) effort given extra heft via the presence of Oscar-winner Kevin Costner. He plays a real-life person, coach Jim White, who loses his job and is forced to move to the small town of McFarland in California. There, at his new school, he is faced with a student body made up mostly of the children of Hispanic farm workers. He quickly notices three teen boys in particular — the three Diaz brothers (played by Michael Aguero, Rafael Martinez, and Ramiro Rodriguez) — who are excellent runners. Before you can say “marathon,” White has started a cross-country team and is winning championship after championship.

Thanks to director Nick Caro and his lead, McFarland, USA wears its emotional contrivances with pride. We just know there will be pitfalls along the way, both our noble Caucasian and his chess pawns of color discovering “things” about themselves that can only happen within the two-hour time frame of a film. It’s like a human being highlight reel without any of the details in between. We get the standard suspicious parents, the lure of a better job for our unsettled hero, the trials of creating a “team,” and the implied racism of their spoiled, suburban competition. Of course it will all lead up to a big final race, the lessons we learned along the way conveniently collected into a moment of meaningful insight and excitement.

As symbols, the players here are potent. But as people, they are one-dimensional and ill-defined. We learn that White has a family, but they could be a figment of his imagination given how much time the screenplay (credited to the trio of Christopher Cleveland, Bettina Gilois, and Grant Thompson) spends on them. Similarly, the student athletes, suddenly learning the ropes of legitimate competition and contest, would be an intriguing area for further development, but the movie manages to circumvent all attempts at gaining the necessary complexities. Instead, it plays like you expect: disgruntled coach arrives; disgruntled coach recruits kids; kids have initial issues; kids and coach kick cross-country butt. Anyone ever see Hoosiers?

All of which leads to a movie that is familiar in both its meaning and motives, and yet as an audience member, we don’t seem to care. Caro does a good job of elevating the everyday, and Costner can play this kind of role in his career second act sleep. The rest of the cast, including Maria Bello as his wife, Morgan Saylor as his daughter, and the interchangeable athletes, are just glorified gears meant to move the viewer from Point A to Point B with machine-like efficiency. McFarland, USA succeeds in this capacity, and actually tugs at your heartstrings — if only a bit — in the process.

At a certain point, the House of Mouse is going to run out of inspirational sports stories to tell and aging actors to fill the mentor roles. Until then, movies like McFarland, USA remind us of the company’s commercial strategies and how, sometimes, like in the distant past, they could milk this material for all its worth — and in this case, it’s worth a look. 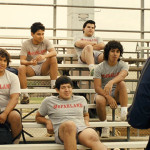 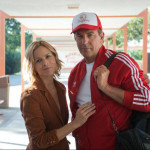 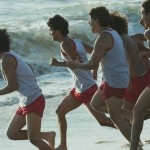