Manchester by the Sea
By: Bill Gibron

Alone again, naturally.
Buy It From Amazon
Buy It On DVD
Buy It On Blu-Ray

Few film characters are as broken as Lee Chandler. His seeming sedate life as a handy man today masks a past so horrible and hurtful that it’s crushed his spirit and his soul. If grieving were an art, Lee would be Picasso. But he rarely shows it. Instead, he shuts himself off from the world, waiting for the inevitable day when he has to pay for what happened, or lose himself in another downward spiral.

Lee Chandler is the main character in Kenneth Lonergan’s latest film, Manchester By The Sea and as essayed by a brilliant Casey Affleck, he’s the center of a solid, decidedly unsentimental view of grief and going forward. This is a one man movie accented with several solid supporting roles, a journey into one man’s living Hell and how he hopes to deal with it. The story may seem familiar, but the matter of fact way is it told heightens the work of the man at the center.

Affleck’s Oscar worthy turn is in service of a story which starts out with Lee alone and isolated. This is by choice, and because of what happened back in his title hometown. When a call comes that his brother Joe (Kyle Chandler) has had a heart attack, he reluctantly returns to take care of family business. When he arrives, he learns his sibling has died and has left guardianship of his teenage nephew Patrick (Lucas Hedges) to him. This is not something Lee wants to be involved with.

To make matters worse, he runs into his ex-wife (Michelle Williams) and, suddenly, everything that happened which forced him to leave the town in the first place is back. Lee tries to convince Patrick to come back to the Boston area with him, but the boy doesn’t want to. When his biological mother (Gretchen Mol) enters the picture, Lee must deal with her as well.

Manchester By The Sea is not a drama that wants to cover new ground. The internal twists that take us from one man’s present to what happened to him in the past has been told dozens of times before. Death hangs over this film like a cloud, coloring everything. So we need someone at the core that we can empathize and identify with, and Casey Affleck is that necessity. Even when trying not to be expressive, he is, allowing us to see the damage that he is hiding beneath the surface.

This is also true of his interactions with family and former friends. Affleck’s performance is pitched so perfectly, it resonates in a way so significant, that we feel the pain as well. We are with him every step of this journey and celebrate the minor breakthroughs that occur along the way. In fact, minor may be the best way to describe the plot points that play out within Manchester By The Sea. In retrospect, one can see how they could influence and affect Lee’s life. But inside the genre, they are rote.

We won’t go into spoiler territory, but other films have gotten terrific mileage out of personal responsibility (or the belief in same) and how people react to the truth. Ordinary People is a good example, since the entire narrative hinges on what happened that fateful day when a couple of brothers went out boating. In this case, Lee’s dealings with his wife and family have the same effect, but we aren’t as moved by them as in other instances. It’s like we’ve played those songs before. They are fine, if a tad familiar.

Still, because of its powerful lead actor, the amazing work by those around him, and Lonergan’s efforts behind the lens, Manchester By The Sea transcends its trappings to become a mini-classic. It doesn’t break new ground, but allows us to experience these events deeply and honestly. 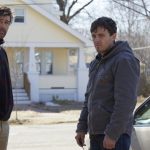 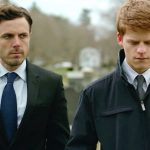 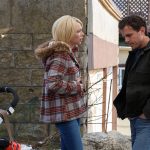 2 thoughts on “Manchester by the Sea”