I Know Tai Chi.
Buy It From Amazon
Buy It On DVD
Buy It On Blu-Ray

Serviceable if not spectacular, Man of Tai Chi is a B-movie epic for a bygone video game era, using tropes of the martial arts genre as support for a frenetic hero’s journey. First-time director Keanu Reeves, who also stars as the film’s big bad guy, obviously has an appreciation of the genre, though he places excessive emphasis on the artistry of the battles while moral conflict is relegated to obligatory attachment that isn’t always perceptible. But who needs an overload of highbrow hokum when you’ve got legendary fight choreographer Yuen Woo-ping and skilled stunt performer Tiger Hu Chen? Reeves smartly utilizes the talents of his team – also collaborators on the Matrix films – to craft a picture that effectively showcases their creativity without allowing an overwrought story to get in the way.

Tiger (Chen) is a student of tai chi under Master Yang (Yu Hai), trying to balance reflective teachings with his desire to use the traditionally passive maneuvers in sanctioned contests. Struggling with the yin-yang concept, Tiger excels in tournament battles with his unorthodox style, but is barely able to eke out a living with his courier job. One of his matches catches the eye of Donaka (Reeves), a wealthy businessman in charge of an underground fight club.

Lured by riches that will allow him to support his family and save his master’s temple from commercial developers, Tiger battles his way through a collection of opponents defined by their body types, facial expressions, and outfits, a la the characters in “Mortal Kombat” or “Street Fighter,” minus any supernatural powers. As Tiger gets deeper into the nefarious world his control begins to slip and he grows increasingly aggressive, which may all be part of Donaka’s blueprint of manipulation.

Chen makes an intriguing protagonist, looking innocent enough to empathize with and root for, and also fierce enough to believe his descent into viciousness. As Donaka, Reeves plays into his wooden reputation, grumbling monotone lines like “Finish him” and “You owe me a life.” It’s a restraint that borders on self-parody and is too detached to be menacing, never rising to truly threatening scourge. A cross between Bond villain and devilish imp, he glowers in a black and gray lair, deriving joy from corrupting his prized hired combatant. The pair eventually arrives at an Emperor/Luke Skywalker relationship circa Return of the Jedi, with Donaka urging Tiger to give in to his anger and kill, completing his journey to the dark side.

Not that Donaka wants to use Tiger to rule the galaxy, only please paying customers eager to watch Tiger’s spiritual demise. The notion of rich clientele subscribing to worldwide pirate broadcasts of Tiger’s journey is always present, but isn’t fleshed out enough to have any type of payoff. Fights, and seemingly every moment of Tiger’s life, are being recorded, but there’s a disconnect between the how and the why. Another subplot involving a Hong Kong Police Captain (Karen Mok) investigating the underground network fits better, given just enough attention to be meaningful within Tiger’s experience.

Reeves’ direction is more assured than his acting here, giving the audience all they could want in a series of staged skirmishes. It’s refreshing to watch action that isn’t punctuated with shaky-cam or broken up with a flurry of quick edits. There’s an elegance in the camera movements that are in step with the warriors, allowing us to be present in the moment without noticing the seams of production. Visuals are exciting, interesting, and conducive to an increasing level of brutality reflecting Tiger’s state of being – even if a synth-pop score and colored strobe lights are snuck in at various points. Though it may lack inventiveness, Man of Tai Chi is a brisk martial arts tale that packs an entertaining punch. 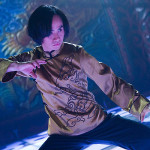 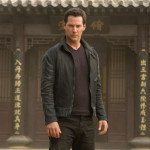