Sweater Sweater.
Buy It From Amazon
Buy It On DVD

Actors often struggle to keep from being typecast. Then there are those instances where no amount of onscreen manipulation can change an audience’s perception of you. In the case of Michael Cera, there’s been a lot of kvetching, by critics and in his fanbase, that he seems to be playing the same soft-spoken schlemiel in every movie he makes. Whether it’s in Superbad or cult TV hit Arrested Development, a broad comedy like Year One, or a more studied work like The End of Love, he’s always just some version of Michael Cera. Well, 2013 hopes to change all that, and so far, it’s kind of working. First, his scene stealing sequences in the meta farce This is The End have been wowing viewers who never expected the actor to deconstruct his onscreen persona so viciously, and now comes Magic Magic, a small little thriller where Cera proves he can be genuinely creepy.

He is not the lead, however. That belongs to Juno Temple as Alicia, a young girl from the States who is off to visit her cousin Sarah (Emily Browning) in South America. She is immediately introduced to her relative’s sphere of influence, including Barbara (Catalina Sandino Moreno), boyfriend Agustín (Agustín Silva), and his best buddy Brink (Cera). Before she can even get settled, however, the group is off to a remote island for a vacation, and when Sarah begs out early for unclear reasons, Alicia is left playing outsider to a group of increasingly abusive strangers. Before long, our heroine is suffering with insomnia and going a bit insane. Naturally, we’re not sure if this is just some meek little tourist feeling alone and alienated in a foreign land, or an innocent victim being tormented by individuals with a nasty ulterior motive.

Magic Magic is just that, a wonderful film from Chilean writer/director Sebastián Silva which trades on atmosphere and inference more than jump scares and outright shocks. It is positioned as a horror film, but definitely falls into the more subtle, psychological genre. This is a gorgeous movie, shot with care so that each backdrop accentuates the action in front of it. Equally, the performances rate from good (Browning, Moreno, Silva’s brother Agustin) to great. Cera and Temple are both superb, each pushing the boundaries of what we think of them as names and performers. For him, it’s a question of using that inherent awkwardness to hide a true vicious streak. Some of the things Brink says to Alicia might sound like come-ons, but they are actually calculated attacks which serve his more sinister purpose.

As for Ms. Temple, she is just terrific here, balancing her character’s need to come slowly unglued with a nice level of moderated normalcy. We are witnessing a battle for one’s own sanity, and this actress delivers a devastating portrayal of same. As for Silva, he’s a master of mood. He makes us worry over the smallest things, realizing that if we aren’t careful, we’ll miss a subtle signal that will grow into an obvious sign. Even then, however, the filmmaker never really shows his hand. At the end of Magic Magic we are left with as many questions as we have answers. The great thing is the film is so masterfully put together that we don’t care about being left out in the lax denouement’s cold.

When you consider that a film like The Conjuring can scare audiences with well crafted character and circumstance, it’s easy to see something like Magic Magic‘s appeal. By mixing enough art and approach into what is otherwise a standard cinematic mind game, we end up with a winning combination… and Michael Cera scores another blow against his Jesse Eisenberg Jr. reputation. 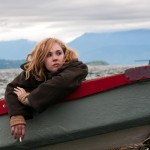 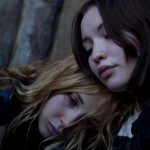 One thought on “Magic Magic”