Anybody want to hear that Pharrell WIlliams song again?
Buy It From Amazon
Buy It On DVD

The finest film of 2014 is not a new theatrical release but a Criterion DVD release of a long buried film from 1984 — John Cassavetes’ penultimate film Love Streams.

Thirty years ago, Love Streams flopped big time. Only in theaters for a few weeks, the film was quickly shelved and, except for a rare archival showing at a festival or museum and an initial pared down VHS release, it was as if the film were interred along with Cassavetes. Cassavetes didn’t help thing by being over protective of his own work. When home video began in the 1980s, it was suggested to Cassavetes that now at last his films could be seen by many people in video releases, Cassavetes remarked, “If they didn’t come out to see my films in the theaters, fuck ‘em!”

We can all be grateful that with the Love Streams release, the John Cassavetes canon can now be seen in its entirety, with Love Streams looming as his final all-encompassing masterwork.

Cassavetes began shooting Love Streams as a film version of a stage production of a play Cassavetes had directed in Los Angeles starring Gena Rowlands and Jon Voight. When Voight bowed out of the film version days before shooting was to begin, Cassavetes took over the Voight role himself. Then a few days into the shooting, Cassavetes was given a grim diagnosis by his doctor, informing Cassavetes that he had cirrhosis of the liver and had only a few months to live. With that news pounding in his head, Cassavetes threw out the script from the play and began writing new scenes deep into the night to reflect his inner turmoil to draw some reflective conclusions about life and death, Love Streams consciously constructed as Cassavetes last testament.

As a result, the film’s schizophrenic tone of hope and despair plays out in color compositions of light and dark, the characters seeking emotional connections in an interior world of human bonding and love. The core of the film is explicitly stated when Gena Rowlands’ troubled character, Sarah Lawson, remarks to her psychiatrist, “Love is a stream. It’s continuous. It doesn’t stop.” For the characters in the film, the love streams have stopped and they seek to reconnect the broken streams of life, emotion and meaning.

For the first 90 minutes of the film, Love Streams follows writer/alcoholic/roving middle class lounge lizard/bum Robert Harmon (Cassavetes) as he seeks companionship with women and attempts to reconnect with his estranged young son Albie (Jakob Shaw) and then quickly abandons them all. Sarah is in the midst of a custody battle with her ex-husband Jack (Seymour Cassel) and daughter Debbie (Risa Blewitt). Sarah loves them unconditionally but Jack and Debbie want nothing to do with her. These two streams of Robert and Sarah converge when Sarah arrives at Robert’s house in a cab loaded with baggage both real and figurative. The audience works overtime trying to figure out a link between Robert and Sarah (ex-lovers? friends? old acquaintances?) until Robert reveals with the film almost half over in a phone conversation to Jack that Robert and Sarah are brother and sister.

With the audience in on the game of observing these characters and piecing the emotional context together, Cassavetes also connects his film to his off-camera death sentence, providing Love Streams with an intense emotional punch. A valedictory film in many ways, Cassavetes reflects back upon his other films as another stream of connection. Seymour Cassel appears with the same puffy handlebar mustache he sports in Minnie and Moscowitz (it is like watching Minnie and Moscowitz getting a divorce), Sarah has emotion-clearing catatonic seizures hinting at Mabel’s breakdown in A Woman Under the Influence, and her hallucinations are similar to Myrtle’s in Opening Night. And Robert strutting around in dinner clothes and swilling booze recalls Husbands and The Killing of a Chinese Bookie. Robert’s house also reflects back to the other films, Cassavetes’ home having served as a setting from most of the films in Cassavetes’ back catalog.

To further jar the discontinuities, Cassavetes sets the film up as a series of jagged vignettes, each set piece like an electric jolt – Sarah’s custody hearings (where in one remarkable monologue her eyes do not blink), Robert serving Albie a beer as he exposes his philosophy (“I like kids and I like older people. They seem to know the secret.”), Robert’s drunken ride home with sleaze bar chanteuse Susan (Diahnne Abbott) and his carefree dance date with Susan’s mother (Margaret Abbott), Sarah’s fever dream of trying to get her family to laugh (climaxing with an incredible back flip into a swimming pool), the screwball sequence of Sarah transforming Robert’s house into a petting zoo, Robert’s hallucination of a naked, bearded guy sitting in his living room (“Who the fuck are you???”). This kind of stuff stays in your head like an encephalic virus.

Love Streams is an intense, wrenching experience. It is funny, sad, heartbreaking, off-putting, and cruel, with fierce and passionate performances by Rowlands and Cassavetes. Films do not have to be perfect, but they do have grab a viewer’s soul and twist it around for a few hours to make it all stick. And Love Streams is a soul rattler.

The extensive Criterion extras include a hip and hardboiled commentary by film critic and writer Michael Ventura (although a lot of the commentary sounds like condensations from his book Cassavetes Directs); interviews with cinematographer/producer Al Ruban, Diahnne Abbott, and Seymour Cassel; a visual essay by film critic Sheila O’Malley on Gena Rowlands’ performances in Cassavetes films; and a Michael Ventura promotional documentary for the film I’m Almost Not Crazy (corralling one of Rowlands great one-liners in the film).

In the documentary, Cassavetes remarks, “Very few movies have any interest to me anymore. Most of them are just fluff.” Love Streams ain’t fluff, baby. Forget The Lego Movie and the latest reboot of Spiderman. Love Streams is the real deal. 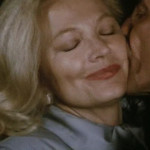 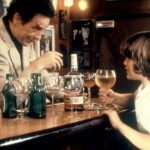 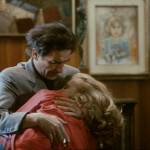