Love and Mercy
By: Bill Gibron

Not my tempo.
Buy It From Amazon
Buy It On DVD
Buy It On Blu-Ray

The legacy of Brian Wilson is so immense, his importance to popular music (second only the Fab Foursome he was forever trying to better), that any biopic which tries to deconstruct his genius is destined to fail. There’s just no way for one movie to encapsulate everything that makes this amazing musician what he is — inventive composer, troubled musician, Summer of Love casualty, and creative comeback kid, and those are just some of his more well-known milestones. Intermixed are moments of personal and professional tension, failed marriages, amazing songs, and lasting artistic impact.

So it’s stunning how much Bill Pohlad’s excellent film, Love and Mercy, touches on these varying benchmarks. While technically only dealing with the Pet Sounds/Smile phase of Wilson’s ‘60s dominance (as portrayed by the brilliant Paul Dano) and his mentally unstable years (then played by John Cusack) under the yoke of quack psychotherapist Dr. Eugene Landy (a borderline histrionic Paul Giamatti), it manages to create a complete portrait, as well as an explanation as to what might have caused his infamous breakdown in the first place.

Oppressed by his father Murry (a thoroughly unlikeable Bill Camp) and struggling with sudden fame, Wilson decides it’s best to leave his band, The Beach Boys, so they can tour the world without him. In the meantime, he secludes himself in the studio. There, in response to The Beatles’ Revolver, he plots the sonic strategies that will lead to one of the most celebrated albums of all times. It will also mark the beginning of his lifelong battle with mental illness.

Fast forward several decades and Wilson is now a fragile shadow of his formal shelf. A noted recluse, no longer able to achieve the artistic heights as before, he’s now under the constant care of Landy. One day, he meets Melinda Ledbetter (Elizabeth Banks) at a car dealership and starts coming out of his shell. This makes his hired caregiver very, very upset. While Landy tries to undermine the burgeoning relationship between the two, she struggles to save Wilson from his handler’s egotistical manipulations.

If all Pohlad had done was deal with Wilson as he walked away from surfing and street racing and into a place of “Good Vibrations,” Love and Mercy would be a revelation. Dano delivers a performance so eerily convincing, so filled with boyish aspirations and burgeoning psychosis, that you feel like you have a front seat at the making (and unmaking) of a rock ‘n’ roll icon. One of the best sequences in the entire film shows Wilson working on his 1966 classic, and while conferring with The Wrecking Crew (the best session musicians in LA) we witness his complex creativity in all its mind-bending beauty. A whole movie of this would have been fine.

But Love and Mercy wants to take things to the next level, to show that such an amazing high can have an equally massive low. In the ’80s, while a reassessment of Wilson’s career was carving out a place for him on the Musical Mount Rushmore, he was a rambling, incoherent mess. Landy was hired to help him, and by all accounts, merely took advantage. It’s compelling stuff, and as an example of how far the once mighty have fallen, it’s intriguing. The problem? John Cusack, as good as he is, can’t quite deliver the impact that Dano does. He’s compelling, but he’s channeling a different muse of misery.

The rest of the cast can only pale in comparison, but they manage to make the best of it. Giamatti may not look like Landy, but he finds a way to make his inner sleazoid ambition part of his “healing” process. Banks, basking in the glow of her future savior role (Ledbetter is often cited as the one who truly helped her soon-to-be husband), is all smiles and strategizing. Yes, the other Beach Boys are here, but just as in real life, the actors portraying them have to take a backseat to Wilson.

There is a timeless quality to the music Brian Wilson made that continues to touch something deep inside us. Love and Mercy manages to find a similar path, thanks to its insights and invention. 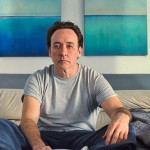 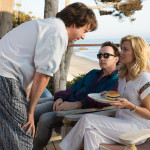 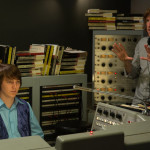 One thought on “Love and Mercy”