London Has Fallen
By: Bill Gibron

Oh No, Not This Again
Buy It From Amazon
Buy It On DVD
Buy It On Blu-Ray

We learned three years ago that, even as the last legitimate superpower, the United States and its sitting President were easily targeted for terrorist attack. First, Olympus Has Fallen made a case for Gerard Butler’s haunted Secret Service agent as a Die Hard wannabe. He fished Commander in Chief Aaron Eckhart’s butt out of the literal fire throughout Antoine Fuqua’s pulp action B-movie. Then Roland Emmerich arrived with Channing Tatum and Jamie Foxx in tow for White House Down, but by then, audiences had stopped caring about the fate of their fictional elected officials.

Now Butler and Eckhart are back, bringing more of the familiar faces from the first film (Morgan Freeman, Angela Bassett, Melissa Leo) for yet another attempt on the POTUS, this time by an angry Pakistani arms dealer. The setting may be Britain’s capital, but it’s still the same old unnecessary sequelitis. London Has Fallen may have some interesting stuntwork and set pieces, but Fuqua has bailed, leaving Swedish upstart Babak Najafi behind the lens, and it’s a lousy substitution at best.

The story centers on the death of the British Prime Minister, which acts as a setup for Aamir Barkawi (Alon Moni Aboutboul) to get his revenge on the West. A drone destroys his family during a fancy wedding and some… one… must… pay! During the funeral, with all the world leaders in place, it’s all bombs and explosions, meaning that while Barkawi’s son (Waleed F. Zuaiter) has a different plan for the U.S.’s main man, Mike Banning (Butler) and President Asher (Eckhart) spend 99 minutes kicking ass and chewing gum, and the leader of the Free World and his protector are all out of Juicy Fruit.

Of course, there are moles in British Intelligence. Of course, there is behind the scenes backbiting and stabbing among the U.S. officials back home. Of course, Butler growls in a barely believable American accent, shooting and stabbing people with wanton abandon. And, of course, we see iconic English symbols — Westminster Abbey, for example– suffering massive CG destruction. But none of it works. London Has Fallen is barely alive, never entertaining, and lacks the spark that Fuqua brought to its obvious exploitation designs. Instead, Najafi goes the Michael Bay route, substituting bombast for believability. The end result is just boredom.

Since it was already a derivative of John McClane and his one man against the odds cliches, Olympus Has Fallen needed the gimmick of the White House under attack to pull off its ruse. It was an inherently intriguing idea. With London, there’s little engagement. We see major cities destroyed on a regular basis in modern action movies. You can’t have a scene set in Paris, for example, and not blow up the Eiffel Tower. So without something new or novel as a hook, the hokum becomes painful. Even with four screenwriters trying to make sense of things, we wind up with a jumbled mess.

Our stars don’t care. They’re back because the paycheck is bigger and the stakes lower. They’re not being asked to do much more than they did before, and each one acquits him or herself without much career blowback. But the mindless entertainment we expect from such a shoot ’em up just isn’t there. We wait for the guilty pleasure centers in our brain to kick in, and they never do. London Has Fallen is escapism as a chore, trying to inject present day political subtext to what is basically a bunch of people playing cops and robbers, and all said intention does is drive the audience further and further away.

With its stock characters and lack of fun, London Has Fallen is the worst kind of follow-up. It pretends to bring something new to the table. Instead, it makes you never want to sample what this fledgling franchise is serving ever again. White House Down 2: White House Downer can’t arrive soon enough. 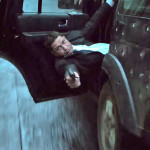 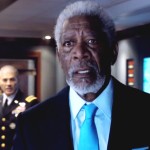 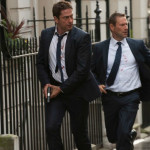