When he announced his “retirement” from moviemaking, film fans everywhere mourned the loss of one of the most original voices in cinema. Citing a stagnant industry and other non-art oriented issues, Oscar winning auteur Steven Soderbergh (Traffic) used his brilliant 2012 HBO movie Behind the Candelabra, about famed Vegas icon Liberace, as his supposed swansong.

Now, five years later, he’s back, his exit more of a “hiatus” and his return a close cousin to the Ocean’s 11 remake (and eventual franchise) he helmed starting back in 2001. Moving the location from glitzy Las Vegas to the backwater burgs of Trump’s America, Logan Lucky is a hilarious and heartfelt experience. It is expertly cast, expertly acted, expertly directed, and expertly written (by a first time scribe named Rebecca Blunt). While it might come off as slight at first, a closer inspection finds Soderbergh riffing on the US circa the red/blue state routine, and doing so with a sly, clever eye.

For Jimmy Logan (Channing Tatum), life is wholly unfair. In fact, the backwater bro who can’t seem to hold a job blames almost all of his problems on a lack of money–naturally–and what he considers to be a family curse. Now his ex-wife Bobbie Jo (Katie Holmes) wants to take their daughter (Farrah Mackenzie) and move her far away. At the end of his rope and after being fired from yet another position, he gets an idea.

Why not rob the money room at the Charlotte Motor Speedway. After all, they use an old fashioned pneumatic tube system to move the cash around and he’s got an inside angle on how to get at it. With the help of his brother Clyde (Adam Driver), sister Mellie (Riley Keough), and their cousin, an explosives expert named Joe Bang (Daniel Craig), they target the Memorial Day Weekend NASCAR event known as the Coca-Cola 600. Naturally, things don’t go 100% as planned.

One of the best parts of Logan Lucky is how well it uses its superstar cast. All the leads have been in big budget blockbusters (21 Jump Street, Star Wars: The Force Awakens, and a certain James Bond series, just to name a few) yet they easily drop the popcorn entertainment trappings to bring real life to these fringe characters. This is especially true of the supporting players. Dwight Yoakim is a hoot as a prison warden, while Seth MacFarlane is equally affable as conceited celebrity. We even get a couple of redneck tech experts (Jack Quaid, Brian Gleeson), who know “all the Twitters.”

As he’s shown before, Soderbergh easily manages the many personalities, as well as the many plot permutations the script calls for. The film cruises as effortlessly as one of those million dollar machines running the race course, adding complications (like FBI agents played by Hilary Swank and Macon Blair) with the speed and precision of a pit crew before dropping another series of delightful one liners. And you can tell the actors are enjoying the freedom Soderbergh gives them.

This is especially true of Craig, who trades his typical dapper, button-down intensity for a goofy good ol’ boy persona that’s a joy to behold. He is clearly having a blast, and his enthusiasm washes over the audience in waves. It turns a typical clockwork heist into a wonderful ensemble comedy which compliments itself and the genres. Everyone is game for what Soderbergh is seeking and they all deliver in delightful spades. For a Summer movie season that has suffered under the weight of unnecessary sequels and dying franchises, Logan Lucky is an original breath of fresh air. It’s an unexpected delight. 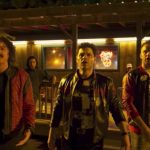 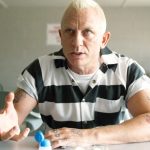 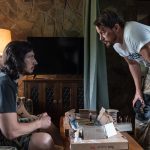