(New) Age of Enlightenment.
Buy It From Amazon
Buy It On DVD
Buy It On Blu-Ray

Few actors can make 85 minutes of cell phone conversations wholly engrossing. In Locke, Tom Hardy proves he’s one of them. When you consider that many of the calls he makes are about a concrete pouring job, it makes his performance all the more impressive. Writer/director Steven Knight never takes the focus off his star, and never cuts away to put faces to the voices on the other end of line. The film takes place entirely inside the titular character’s Bluetooth-enabled SUV as he drives on the motorway, his vehicle a roving stage for the one-man show.

Foreman Ivan Locke (Hardy) leaves a Birmingham construction site and decides to turn right instead of left at the first intersection. He calls home to tell his sons (voiced by Tom Holland and Bill Milner) that he won’t be home to watch the soccer match. When he informs boss Gareth (Ben Daniels) and frazzled colleague Donal (Andrew Scott) that he won’t be at the job site for a big project the next morning, we realize Locke is into something serious. Instead of orchestrating one of the biggest concrete pours in Europe’s history, Locke is driving to London where Bethan (Olivia Colman) is giving birth to his child, the product of an extra-marital affair. There are several balls in the air on the nighttime drive down the M6 as Ivan breaks the news to his wife (Ruth Wilson), attempts to comfort the unstable Bethan, and walks Donal though the overwhelming construction responsibilities.

Hardy is known for disappearing into roles, be it the ripped MMA fighter in Warrior or the hulking villain Bane in The Dark Knight Rises. Here, his only physical trait is a beard and since he’s driving there are limited non-verbal performance tools to utilize. But Hardy manages to be completely convincing as a hardworking family man trying to bring order to the personal chaos he’s wrought. Despite his transgression, we feel for the guy and are invested in the resolution of his problems. A big reason why is the Welsh accent Hardy adopts, monotone enough to be confident and calculated, but also gentle enough to be caring. This is a great actor in top form, giving a face to some familiar self-inflicted problems of the middle-class bloke.

There’s an organic flow from one conversation to the next, Knight’s screenplay balancing Locke’s various concerns without falling into predictable monotony. Filmed by placing three cameras inside the SUV and performing the script in its entirety over and over, the result is well-rehearsed picture that doesn’t feel rehearsed. Credit also needs to be given to the voice actors who each craft recognizable characters though intonation and well-timed pauses. We can visualize and feel the pain of Locke’s wife, the growing anxiety of his kids, and the panic of his co-worker.

It’s not all perfect – there are one or two too many asides where Locke angrily addresses his long-deceased father via the review mirror, hammering home his desire to be a presence in his new child’s life regardless of the circumstances. And there are only so many ways to insert shots of a nighttime highway that don’t feel repetitive, but thankfully Knight doesn’t get too flashy with reflections in windows or the blinding glare from passing cars.

Eschewing confined space trickery in favor of engaging, relatable drama, Locke is much more than an experiment in restrained style and form. It’s a deftly paced, expertly performed character study in which a man’s life is completely changed as he barrels toward a new adventure while sitting in one place. We can’t help but wonder what’s going to happen once he gets out of the driver’s seat. 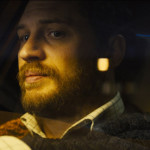 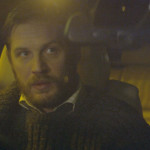 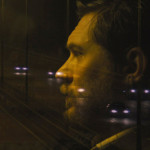