Man, these Windows OS updates take forever...
Buy It From Amazon
Buy It On DVD
Buy It On Blu-Ray

The true-to-life sob story has been done to death. You know how it goes: Likable person faces peril, conflict, maybe illness. Person somehow overcomes said troubles to stand as a symbol of courage or perseverance. The genre has taken a serious cultural hit as of late with Patriots Day, which has been considered by some (especially my fellow Boston colleagues) as the exploitation of a terrorist attack designed to prop up some fictional hero. Lion has much less at stake collectively; it focuses on a single person’s emotional and physical challenges, like another it-really-happened tale, 127 Hours. And like that tale of survival, Lion taps into a real, emotional source – at least for me – and works remarkably well.

I tend to scoff at the more manipulative real-life tales, and this one has all the trappings of a multi-hankie exercise. The 6-year-old son of a destitute family in India disappears after hopping on a decommissioned train near his small village. The train, making no stops, zooms ahead about 900 miles to Calcutta, where the boy quickly blends into the crush of people and becomes just another missing street kid.

A little boy crying out for his brother and mom at a far-off train station?! C’mon, I should be sneering at this sort of heart-tugging, but first-shot director Garth Davis keeps the action pure, eschewing teary music and weepy up-the-nose close-ups. If anything, Davis, shooting Luke Davies’ (Life) crisp script from the protagonist’s autobiography, chooses to emphasize survival and logic over tears. The boy, Saroo, has an innate sense of bad and good, and knows when to ditch a situation that may ring false or dangerous. If you’re a Westerner, you’re likely to think of Slumdog Millionaire, but Davis’s eye is grittier than Danny Boyle’s was in depicting Indian street life.

Odd connection then, that Dev Patel of Slumdog plays Saroo as an adult. The younger Saroo, played in wise and deep ways by a little guy named Sunny Pawar, is adopted by an incredibly loving and patient Australian couple (Nicole Kidman, shining here, and David Wenham). They give Saroo, and another far more troubled boy, an upbringing that would’ve easily passed them by.

As college-age Saroo admits his national allegiance – he roots for the Aussies over the Indians in cricket, all the way – a chance occurrence at a party thrusts his memory back to his childhood in India. Thus begins an unshakable obsession with understanding his past in a very tangible way. He insists on finding his town.

This is the best acting Dev Patel has done in his relatively short, but full, career. His overearnest spewing of Aaron Sorkin dialogue in The Newsroom was as annoying as the show itself, and his happy character in the Marigold Hotel movies was clownish and overdone. In Lion, Patel shows he can act just by moving or standing – the quiet roles may absolutely be his strong suit – as his overwhelming need to move backward in time gets heavier. Rooney Mara is strong as Saroo’s frustrated love interest, but I think Patel could have managed well even without a leading lady.

One of the more emotional devices of the film is, believe it or not, Google Earth, which acts as combination time machine and treasure map for Saroo. He can’t remember the name of his village and has little understanding of even how far it was from Calcutta. But with a rhythm of edited close-ups to Saroo’s computer screen, and exceptional accompanying music (by Volker Bertelmann and Dustin O’Halloran) Davis gives the online tool an unexpected power. Google Earth gives Saroo access to the great wide world while he sits in his lonely living room, but it’s also teeming with unknowns and dead ends. The contradiction pulls at you. 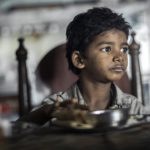 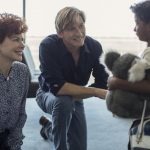 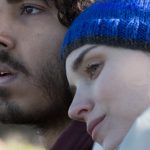 One thought on “Lion”