On the quad at clown college.
Buy It From Amazon
Buy It On DVD
Buy It On Blu-Ray

Life Partners plays like the first season of a CW dramedy condensed into 90 minutes of millennial-minded platitudes. There are overwritten quips and situational conflicts that don’t go much deeper than the basic pitch: the lifelong friendship of two women pushing 30 – one a lesbian and one straight – is threatened when one of them starts to settle down. The straight one has a stable job, a home, and potential life mate; while the free spirit lesbian is stuck in a malaise and clings to dreams of being a musician.

Following a rollicking gay pride parade, Paige (Gillian Jacobs) and Sasha (Leighton Meester) retreat to Paige’s home to soak in the greatness that is America’s Next Top Model and share their in-jokes. Just so we know who is who, Paige mentions that Sasha is her gay best friend. Their friendship is one of co-dependency, a duo with a breezy rapport that utilizes humor to fill the void left by their various romantic failures. They take solace in the knowledge that even though they haven’t found a mate, they’ll always have their same-sex, opposite-sexual-orientation bestie. One night Sasha phones her friend to gossip about their latest disastrous dates, only to find that Paige actually kinda likes Tim (Adam Brody). As Paige and Tim grow closer, Sasha feels more marginalized and holds in her pattern of ill-advised flings.

The script from director Susanna Fogel and co-writer Joni Lefkowitz focuses on trivialities and cuteness instead of developing the three-dimensional traits of the main characters. There are hints of depth in the interactions Sasha has at her receptionist job and the conflict Paige has with a neighbor after a fender-bender, but instead of coloring the personalities, the benign incidents are strung along through the whole movie and used to come to third act quasi-catharses. It’s a bit of a shame too, because Jacobs and Meester have a natural chemistry that makes us believe they could handle a more thorough examination of the basic material. Instead we get phony setups like the two leads staging road rage incidents presumably to make others feel uncomfortable and amuse themselves – certainly not us. And, of course, to lay the groundwork for a false moment of comedic pathos.

Getting caught up in the fussiness, Life Partners chases its own tail while meandering through meaningless, plotless side plots. Conversations with Bloody Mary-swilling, lesbian buddies Jen and Jenn (Gabourey Sidibe and Beth Dover), playfully referred to as “one N” and “two Ns,” are only used to inject laugh-track-worthy jokes and manufacture quarrels. Sasha’s empty relationships with a pair of immature partners go nowhere romantically or narratively, reinforcing the familiar theme of growing up. Though there is a funny bit about a neck tattoo.

The (un)funny business only distracts from the heart of the story, with Sasha, Paige, and Tim never becoming the complicated triumvirate promised by the conceit. Tim exists to be annoying when needed, be insightful when a blunt point needs to be made, and be victimized by Paige’s controlling nature. But, as with everything that’s set up in the film, all cursory strife is mended by witty repartee. In Tim’s case, an engagement in crisis is fixed by his fiancé putting on one of his beloved meme t-shirts as a wearable olive branch. My advice: run. 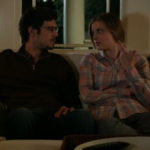 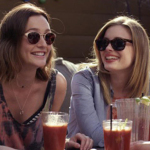 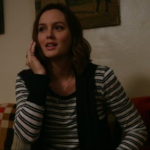