Life After Beth
By: Blake Crane

Kitchen Nightmare.
Buy It From Amazon
Buy It On DVD
Buy It On Blu-Ray

Zombies have been done to death, but there seems to be no end to their pop culture appeal. The Walking Dead is one of the most buzzed about shows on TV, gamers take glee in blowing away hordes of undead on their Xboxes, and the string of films is incessant. Jeff Baena’s Life After Beth adds little to all the existing noise, using its zombie rom-com conceit for flimsy allegory that’s all too familiar at this point. It feigns fun while playing with genre conventions. A strong cast includes capable pretenders, but Life After Beth is derivative and scatter-brained in its management of the material.

Beth Slocum (Aubrey Plaza) is briefly seen alive, hiking alone into the wilds of L.A.’s Griffith Park. An ominous score and handheld camera don’t bode well. Fears are confirmed as we watch Zach (Dane DeHaan), Beth’s now ex-boyfriend, mourn her off-camera death. He gets no support at home, where his parents (Paul Reiser and Cheryl Hines) would rather dive into the banalities of dinner table conversation than discuss dead girlfriends. Zach finds a pal in Beth’s father Maury (John C. Reilly), with whom he plays chess and smokes a joint. When Maury and his amiable wife Geenie (Molly Shannon) start ignoring Zach – even going so far as to reject a carefully crafted Jell-O mold – he gets suspicious. Snooping around, he discovers that Beth has returned from the dead, her parents keeping her resurrection a secret.

This long and clunky setup touches on the idea of overprotective parents shielding their vulnerable daughter from lustful young men and a cruel world, but doesn’t do anything with it – a pattern repeated throughout the film. Unable to quell the eager Zach, the Slocums quickly relent and allow a relationship as long as Zach doesn’t tell the aloof Beth that she died. This becomes harder for Zach to overlook when Beth’s skin starts to rot, her mood fluctuates wildly, and her strength becomes super-human. And she eats someone.

Instead of exploring this boy loses girl, boy gets girl back and becomes conflicted scenario, Baena pulls back to a macro perspective as Zach’s focus moves from Beth to other strange characters in his community that hint at a larger zombie problem. Perhaps his eyes open when he realizes cavorting with the psycho ex isn’t all it’s cracked up to be. Or, maybe the grand chaos makes Zach realize he needs to move on from his (temporarily) deceased obsession. Life After Beth doesn’t care what message we pluck out and just continues to lumber forward, and sideways, through tonal shifts held together by lame jokes and superfluous asides. There’s the Slocum’s Haitian maid who some suspect has something to do with the eerie happenings, and Zach’s gung-ho security guard older brother Kyle (Matthew Gray Gubler) serving as plot diversions followed to uneventful, and unfunny, payoffs.

Despite the scattershot storytelling, the charismatic cast makes a few moments work. DeHaan has built his young career on playing the morose, weirdo outsider, and proves here he’s capable of more. He can be the morose, weirdo outsider that is relatable and funny. Surrounded by more seasoned comic performers, he holds his own and displays some deft timing. Plaza dumps her signature sarcasm in favor of a snowballing mania that could’ve been interesting with more meat to the script. Reilly and Shannon are well-cast as Beth’s parents, each possessing a laid-back conviction that suggests there’s more to their roles than there really is. Anna Kendrick just kind of shows up, but makes the most of limited screen time as a viable (and living) romantic alternative for Zach.

We just can’t let the undead lie, and while the zombie genre is ripe with potential – from horrific global pandemics and societal breakdown to comedic representations of our autopilot, ordinary lives – Life After Beth doesn’t tap into any of it effectively. Baena, with his first credits since co-scripting I Heart Huckabees with David O. Russell a decade ago, gives no tactile reason for Beth’s return and doesn’t bother with much symbolism (or clever comedy, or charm), either. 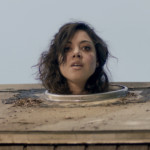