He first came to prominence way back in the mid ’70s as an actor in his native Ireland. Now, nearly 45 years later, he’s seen the third installment in his film franchise, Taken 3, top the box office once again. At one time, he was considered a serious actor with prestige pictures in his creative canon. Now, at age 62, Liam Neeson is a worldwide action superstar. An Arnold for the articulate set, he’s been in his fair share of subpar stinkers, but after looking over his entire career, it’s clear he’s also had an eye for quality edge of your seat thrills. With that being said, here are his 10 best titles when it comes to buttkicking. While he also takes on more subtle fare, it’s clear that Neeson will always be known for a very particular set of cinematic skills. 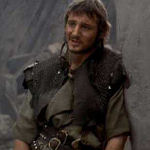 At the start of his career as a film actor, Neeson was part of some memorable (and not so memorable) ensembles. For this attempted coattail to the incredibly popular Star Wars saga (the original — not the prequels which he was actually a part of) the fledgling star played a member of a band of thieves whose run in with our hero turns the fate of all involved. While not in the lead, the buff and burly Neeson still makes quite the impression. 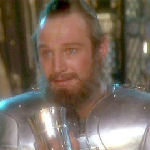 As part of John Boorman’s gorgeous retelling of the Legend of King Arthur, our fresh faced future A-lister dazzles as one of the most famous Knights of the Round Table, Sir Gawain. Instrumental to the film’s mid-act spilt among the Once and Future ruler’s men, his duel with a slandered Lancelot remains one of the strongest single scenes of the actor’s entire career. It’s just too bad that there’s not more of the character in this understated epic. 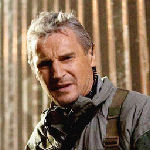 First of all, Neeson is picture perfect as the big screen reincarnation of ’80s TV icon George Peppard’s John “Hannibal” Smith. Secondly, the film is a fun, funky mash-up of typical post-modern action moves and outrageous CG stunts (this is especially true of a sequence involving our heroes hanging onto a tank that is freefalling through the sky — no, seriously). While the rest of the big name cast are equally adept, Neeson’s ferocious father figure is what keeps everything grounded — except for that aforementioned military vehicle in the sky. 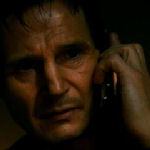 Even though he has been in several similarly styled offerings before (this is long after his turns as Qui-Gon Jinn and as a certain villain at the number two spot), it was Luc Besson who saw the value in turning Neeson into an aging ex-government agent with a certain set of killing capabilities particularly deadly to European baddies with poorly devised kidnapping plans. Indeed, while his size always suggested someone comfortable with using both brains and brawn, this throwaway thriller has since become endemic of Neeson’s reinvention.

#6 – A Walk Among the Tombstones 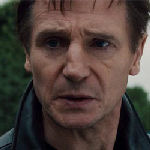 After Taken became a box office bonanza, Neeson soon started popping up in derivative knockoffs and attempts to capitalize on his newfound commerciality (Non-Stop, for example). This was also viewed as just another aging action man vehicle, but the truth is that this adaptation of Laurence Block’s book gives the actor a chance to stretch beyond the stuntwork. Playing a truly haunted ex-policeman, Neeson’s character becomes embroiled in a case which brings back ghosts from the past while offering real threats to his present. 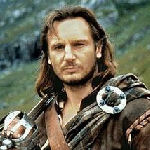 Another early attempt at turning Neeson into a badass, this time with plenty of historical context. As the Scottish clan chief who battled nasty nobles in the 18th century, it was also a chance to capitalize on the popularity of Kevin Costner’s clueless Robin Hood. While his final face-off with Tim Roth’s Oscar-nominated psycho, aristocrat Archibald Cunningham, is perhaps the most memorable moment in the movie, Neeson manages to show the kind of legitimate leadership that would steer him toward similar roles later on. 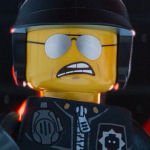 There are dozens of delights to be found in Christopher Miller and Phil Lord’s animated treat, but none are more satisfying than hearing Neeson’s booming voice coming out of a little toy policeman. Even better, the character is literally two faced, forced to play both “Good Cop” and “Bad Cop” to advance Lord Business’s evil schemes. In fact, the actor’s current status as an action hero adds an extra layer of satire to what is already a hilarious deconstruction of the entire genre’s formulas. 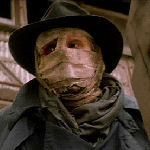 Three years before Neeson would become a household name with his portrayal of a Nazi war profiteer who rescued over a thousand Jews from the Final Solution in Schindler’s List, Evil Dead‘s Sam Raimi cast him as the lead in the director’s deranged pre-Spiderman superhero movie. As a scientist whose work is targeted by mobsters, the soon to be deformed avenger with shape-shifting capabilities (thanks to some inventive technology) laid the blueprint for our modern fixation with the four panel comic book epic. 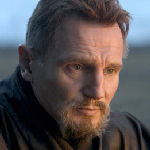 When you’re reinventing a character made memorable by none other than Tim Burton, you’ve got to avoid the crazed and the camp while discovering your own novel approach. Christopher Nolan did just that when he turned the superhero film on its head, juxtaposing these over the top characters against a recognizable, contemporary reality. Neeson is (SPOILER ALERT) the bad guy here, desperate to get back at Bruce Wayne and a world he sees as wicked. Neeson’s stand-off with Christian Bale is a classic. 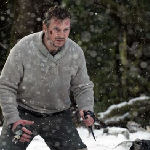 Everything that Taken wants to be, everything that Luc Besson saw in the actor as an aging avenger is flawlessly encapsulated in Joe Carnahan’s man vs. nature masterwork. While their previous collaboration on The A-Team was all over the top and arch, the survivalist storyline employed here allows for more personal reflection and philosophizing, elements otherwise lacking in your typical action film. While many were angered by the ending, the truth is that it reflects the character, and Neeson’s portrayal of same, perfectly.