The Legend of Hercules
By: Bill Gibron

Admit it... I'm prettier than you.
Buy It From Amazon
Buy It On DVD
Buy It On Blu-Ray

Forget everything you know about Greek mythology, and quality filmmaking. There’s a new Man-God in town and he’s not being played by The Rock (more on this in a moment). No, Kellan Lutz, last seen as backup to Edward Cullen and his sour disposition spouse Bella in the Twilight films, has hit the ‘roids and is rocking out with the one-dimensional demeanor out in The Legend of Hercules, the latest from former action heavyweight Renny Harlin. MIA from mainstream acceptance since exposing the planet to something called Cutthroat Island, the mayhem master behind Die Hard 2 and Deep Blue Sea is present and reduced to mimicking 300 and Zack Snyder, even down to the ridiculously cheesy slo-mo sword fights and homoerotic male bonding. Put another way, Steve Reeves wasn’t this big of a buff buffoon.

Tossing aside everything from the ancient myth to create its own origin story, we meet Queen Alcmene (Roxanne McKee) as she plots to kill her husband, the cruel and ruthless King Amphitryon (Scott Adkins). Her plan? Let the God Zeus get her pregnant so she can bear a “super-being” that she will call Hercules. He will then grow up to commit patricide, supposedly. Twenty years elapse and our strapping youth (Lutz) is now part of the court, kissing up to his older brother — and heir to the throne — Iphicles (Liam Garrigan), and making out with a princess named Hebe (Gaia Weiss). When Herc finds out that his sibling has designs on his woman, he convinces her to run away with him. They are caught, he is sent off to die in Egypt, and Iphicles announces his intention to make her his bride. Along the way, Hercules becomes a slave, fights a bunch of gladiators, and returns to his home to take on his dad and his double crossing bro once and for all.

Bloodless, brainless, and overloaded on male brawn, The Legend of Hercules is like an Asylum mockbuster no one asked for. While Dwayne “The Rock” Johnson is off laboring in his own version of this particular sword and sandal story (with director Brett Ratner calling the pablum shots) slated to come out later this year, we are left with this rendition dumped into January, and which should have gone straight to DVD nonsense. Plagued by a witless script, a star of limited onscreen capabilities, and CG right out of a failed first rendering, this is a movie for anyone wondering why everything can’t be about Sparta and six packs. While Snyder wasn’t the first filmmaker to combine camera tricks with overcranked action, it’s clear that Harlan has no other way of handling his hero. At any given moment, men with well-toned torsos spin in the air and jump like crickets all to hopefully turn the crappy into the kinetic. It doesn’t work.

Neither does Lutz in the lead. Oh sure, he looks the part, but his pecs and his stubble seem to be doing all the acting here. He is matched misery for misery by the rest of the cast, all employing English accents as if that will somehow class things up. Adkins is particularly bad, screaming his lines under the mistaken belief we will see him as a threat while Garrigan gives new meaning to the term “cipher.” Both females make fine eye candy, but when required to speak they suddenly become bland and uninteresting (go figure). Clearly, the only requirement to be in this film was to look good and cost little. Any such savings, however, were clearly not passed onto the art, costume, set, or F/X departments.

Back in the glory days of this genre, Italian and American producers could get away with poor performances, bad dubbing, and questionable casting all in the name of epic spectacle and a palpable kitsch factor. The Legend of Hercules is not bad enough to be a campy guilty pleasure. Instead, it’s merely a pathetic placeholder until another, (hopefully) better version of the hunky hero comes along. 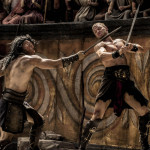 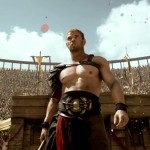 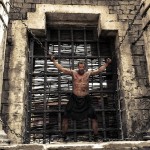 One thought on “The Legend of Hercules”