Get thee behind me, Satan.
Buy It From Amazon
Buy It On DVD
Buy It On Blu-Ray
Buy The Book

The end of the world shouldn’t be as boring as it is during Left Behind. The latest attempt at making Tim LaHaye and Jerry B. Jenkins’ 16-book series of Christian cautionary tales commercially viable, this 2014 update from Cloud Ten Pictures sees a major acting upgrade (Nicolas Cage? Lea Thompson? Chad Michael Murray?) while significantly dumbing down the source material’s dogma to cater to the less faith-based in the intended demo. The result is a weird hodgepodge of unintentional comedy, uninspired action, and at least one sequence that would require actual God-like omnipotence to make sense of.

Spunky college kid Chloe Steele (Cassi Thomson) is returning home from “FCU” (Fictional Cinematic University) to celebrate her father, pilot Rayford Steele’s (Cage) birthday. Unfortunately, he’s been called away to fly to London — and to shack up with a stewardess (Nicky Whelan) who has a thing for U2. Hoping to catch him at the airport, Chloe springs her surprise, and more or less catches dad in the act. Sulking, she seeks solace from famed investigative reporter Cameron “Buck” Williams (Murray), who just so happens to be headed to the UK as well.

She eventually goes home to be with her Bible-thumping mother (Lea Thompson) and argue over scripture before heading to the mall with her baby brother (Major Dodson). Suddenly, in the blink of an eye, millions of people across the planet simply disappear. Chloe’s sibling goes missing, requiring her to run all over pseudo-Long Island looking for him. Similarly, while over the Atlantic, Rayford’s flight suffers the same fate, sending passengers who can’t find their loved ones into a tizzy. One mid-air collision later and our heroes have to find a way to save the day while realizing the Rapture is upon them.

What it lacks in mainstream motion picture legitimacy, Left Behind more than makes up for in shoddy production values and direct-to-video viability. If this was really made as a means of conversion, it might just work… for the pagans. Instead of taking the Bible and its beliefs seriously, this prophecy primer turns the Book of Revelation into a disaster film, complete with an aircraft in trouble and a melting pot of possible victim fodder. There’s even a dwarf, as if to really solidify the film’s surreal sense of diversity. Under the ham-fisted guidance of stuntman turned director Vic Armstrong, plot points plod along, never building into anything other than tentative time wasters. One moment we are watching Chloe avoid looters, the next Cage is mooning over Whelan’s come-hither advances.

Even when the Gospel is given an airing out, it is treated with disrespect and rejection. Granted, this might be a means of showing, later on, how wrong the non-believers are, but it does your movie’s main premise a massive disservice. It sets your story up as a joke, and since nothing about the execution undermines this approach, the Rapture reveal comes across as equally laughable. That’s because there is no real spectacle in what happens. No Four Horseman. No Gideon and trumpets blaring. Just a disappearing act on a grand scale and a bunch of idiots kvetching over it. One is reminded of Michael Tolkin’s far superior The Rapture over and over again, a film that takes the concept with deadly seriousness and executes it with unbridled artistry.

With Left Behind, the problems are present from the premise and onward. Even Cage, putting on a brave face and doing his best, can’t salvage the sense of superficiality pervading the picture. Had the filmmakers actually shown some guts and given the scripture the respect and seriousness it deserves, the movie may have had a more limited accessibility, but it wouldn’t have turned the Word of God into an 100 minute mockery. As it stands now, you’ll be praying for salvation from this awkward apocalypse. 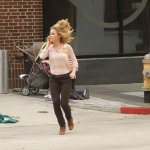 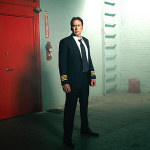 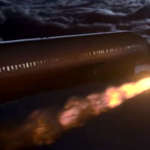