Coffee...Tea...or Me?
Buy It From Amazon
Buy It On DVD
Buy It On Blu-Ray

The struggle for civil rights recognition among America’s minority population is one of epic and exceedingly awful proportions. Just a scant few decades ago we were demanding that African Americans drink from their own water fountains, utilize their own facilities, stay in their own specific hotels, and sit in their own sections of many business establishments. It was the very definition of segregation, something that the majority and the Establishment fought with fervent, often violent glee to protect. So any film which follows this legacy, from a character’s days as a young sharecropper to his latter year’s as valet for the most powerful men in the world, has to walk carefully. It has to meter out its melodrama in sensible, solemn sequences. Let the histrionics get out of hand and the history is doomed.

For the most part, director Lee Daniels and his interested, inconsistent The Butler does this. Focusing on the career of White House servant Eugene Allen (who is renamed Cecil Gaines here and is played with quiet confidence by Oscar-winner Forest Whitaker) but fictionalizing it a bit, we get a Forrest Gump like overview of Black America that actually has a solid real life center to its bystander-to-destiny designs. Allen actually did witness many of the major civil rights changes depicted in the film, and while his family situation was fudged a bit in order to add even more depth, said modifications do nothing to the movie. Indeed, the film’s agenda remains solid throughout. It’s the various casting decisions and creative choices that occasionally undermine it.

Gaines sees his father shot by the son of a white matriarch (Vanessa Redgrave), who then decides to reward the child by bringing him “in the house.” Eventually, the older Gaines finds himself in DC, serving important politicians at a fancy hotel. Offered a job in the White House, his boozy wife Gloria (Oprah Winfrey) is proud of her man. Sadly, their son Louis (David Oyelowo) is not. He’s riding the cusp of a new activism and finds solace in social disobedience while in college. As his father serves Presidents Eisenhower (Robin Williams) and Kennedy (James Marsden), Louis joins the infamous lunch counter sit-ins, travels with the Freedom Riders, and becomes part of Martin Luther King’s (Nelsan Ellis) confidants. Change continues. Louis becomes a Black Panther. Cecil serves a crusty Johnson (Liev Schreiber) and a noxious Nixon (John Cusack) before being befriended by President Reagan (Alan Rickman) and his wife Nancy (Jane Fonda). Eventually, father and son see the value in each other’s contribution to the cause and form a mutual respect and affection for each other.

More a collection of individual anecdotes than a narrative that flows with ease, The Butler (which Warner would remind you is actually called Lee Daniels’ The Butler, thank you very much) is meant to be a primer, a lesson for anyone too young to remember nightly news reports of racial tensions, riots, student protests, and unfathomable police/government/Establishment brutality. It’s dipped in fact but fashioned from fiction, allowing for the maximization of meaning while going a bit light on the more complicated issues of politics and policy.

This is a film that doesn’t want to excuse any of the (white) men in power while explaining the problems facing those without. Aided by excellent performances throughout (save for a couple notable exceptions — John Cusack is an embarrassingly bad Nixon) and a simplistic storyline, this is an easy if still bitter pill to swallow. Daniels makes us uncomfortable, especially during the moments of overt racism and hate. There are also segments where the movie drifts off into its own weird strategies, offering Oprah too much time as a Cecil’s blousy wife (a similar thing happens to Oyelowo’s Louis whenever his Angela Davis-styled gal pal, Carol, comes into play).

Entertaining if still a bit artificial, The Butler is destined to dust up some Award Season merit come the end of the year. It may not deserve it, but at least its heart and its head are in the right place. 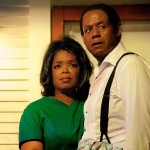 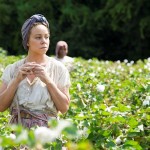 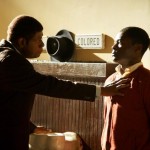 One thought on “Lee Daniels’ The Butler”