The Lazarus Effect
By: Bill Gibron

Stop or I'll whisk.
Buy It From Amazon
Buy It On DVD
Buy It On Blu-Ray

If Frankenstein has taught us anything, it’s that when Man plays God, Man usually mucks things up. As a result, it’s the wrath of Satan, not his former employer, that we typically have to suffer through. In the case of the new thriller The Lazarus Effect, a group of research scientists accidentally stumble upon a means of bringing the dead back to life. When a tragedy forces their hand, they learn rather quickly that human beings shouldn’t mess with the laws of nature — or perhaps, put another way, shouldn’t pump an already troubled doctor (Olivia Wilde) with a chemical that will cause her brain to misfire, with dangerous results.

While the trailer promises something supernatural, The Lazarus Effect is, in essence, an extension of Luc Besson’s loopy Lucy. It’s about the percentage of our brain that we use, and what happens when it is artificially stimulated from that metaphorical 10% to 100%. While there is a promise of Hellfire and brimstone, demons and possession, director David Gelb opts for a more allegorical approach. Thanks to the experimental drug, our heroine Zoe (Wilde) can go back to a trauma from her past and work out all the issues, utilizing her newfound skills of telekinesis, mind reading, and creating hallucinations to make everyone suffer like she does.

It’s an intriguing idea. Sadly, the movie can’t make it work. The first 30 minutes revolve around the standard introduction of types. We already know about Zoe. Her partner, Frank (Mark Duplass) is overly dedicated to his work and frequently distant. Niko (Donald Glover) is the obedient assistant with an unrequited love for his comely boss, while Clay (Evan Peters) is the stoner/slacker who just so happens to break the code that’s keeping the experiments from succeeding. When a new member enters the group, videographer Eva (Sarah Bolger), a series of events leads to an electrocution accident, a chance to use the special serum on a human subject, and the last 30 minutes of stalk and slay.

Perhaps it would have been better if Duplass was Sam Neill and Wilde was the Event Horizon in the film of the same name. It would be intriguing for a modern horror movie to use the possibility of eternal damnation, and the consequences of escaping it, as a means of forming its fear. But the script by Jeremy Slater and Luke Dawson reeks of the desire to root everything in science, not superstition. Duplass’s character is constantly chiding Wilde for her uber-Catholic leanings, and even when it looks like she’s doing the devil’s work, the movie stops to explain how this can’t be the case. By the end, we’ve been baffled by competing macabre motives, including lots of loose ends and a bloodless PG-13 perspective.

On the plus side, Gelb at least gets the mood and the mannerisms of his proposed horror correct. Even in the bright light of a laboratory, we feel uneasy about what is happening. But he also avoids questions that need to be answered, like, “What happened to the dog?,” “What was all the brouhaha regarding the college and the pharmaceutical concern (including a cameo from Twin Peaks’ Ray Wise)?” “Why is Zoe trying to keep everyone in the building when everyone is convinced she wants out?” and perhaps, the most compelling, “Why did Zoe do what she did as a child?” At 88 slight minutes, the movie clearly doesn’t have time for such narrative nitpicks.

There are a few sequences of suspense, and Gelb tries to make-up for the rest of the movie by giving us a CG-filled finale, but for the most part, The Lazarus Effect is a tired, talky bore. Who knew that playing God would be so unfulfilling… or so dull. 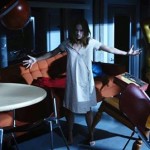 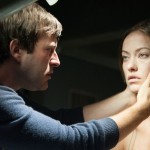 One thought on “The Lazarus Effect”