First I choke you, then myself.
Buy It From Amazon
Buy It On DVD
Buy It On Blu-Ray
Buy The Book

Really Jason Reitman? Really? After a series of films (Thank You for Smoking, Juno, Up in the Air, Young Adult) which suggested you were one of our best and brightest up and coming directors, you give us this? This self-important slice of Nicolas Sparks with a side order of delusions of grandeur? Not even The Bridges of Madison County took itself this seriously, and it featured Hollywood heavyweights Clint Eastwood and Meryl Streep. Perhaps you saw something in Labor Day that suggested more than a mediocre combination of coming of age and unlikely love story. Maybe your super-solemn approach is meant to spark some sort of sentiment in the mind of the viewer. Whatever the case, this lame excuse for entertainment is nothing more than a series of pushed buttons begging for a five-hanky finale. Nary a tear will be shed, however.

It’s 1987 and young Henry Wheeler (Gattlin Griffin) lives with his depressed divorcee mom Adele (Kate Winslet) somewhere in New Hampshire. She can barely leave the house, her emotional unease leading to fits of nervous shaking and the rare, once a month trip into town. During such a venture, they run into Frank Chambers, an escaped convict wanted for murder. He needs a place to hole up during the long end-of-Summer weekend and the Wheelers are his target. Of course, Frank turns out to be a misunderstood killer, his past constantly flashing before us to indicate his potential innocence. He’s also pretty handy, cooking delicious meals and fixing things around the Wheelers’ dilapidated home. Over time, both Adele and Henry fall for this compassionate if complicated man. Naturally, his status as a prison escapee dooms any future plans they may have.

When you tackle something as familiar as Labor Day, when you dish out a fatherless family (Clark Gregg is around to remind us why he left Adele in the first place) syncing up with a wrongly accused man, you better have a new or novel approach to the storytelling lest the audience find itself several steps ahead of you. We all know that Frank and Henry will connect, that Adele will slowly fall in love with this lunk, and that everything about this everyday slice of small town summer will be geared toward keeping this trio together as long as possible. Of course, the narrative occasionally cheats (one moment, Frank is making it clear he needs to hide and stay out of sight, the next he’s outdoors cleaning gutters, fixing the family car, and starting up a game of that all-American bonding, catch) and the characters have standard soap opera issues (infidelity, infertility, miscarriages). But Labor Day is so in love with itself it doesn’t care if it’s completely fair. Heck, it will even slap a handicapped kid to gain your sympathy.

We expect more from Reitman. We expect his particular vision to include a creative way both in and out of this otherwise sudsy story. Instead, he just ratchets up the dramatics, driving the viewer to distraction with his stubborn gravity. Even when Henry meets up with slightly skanky new girl in town (Brighid Fleming), we just know that her come-hither hormones will have our underage hero blabbing the truth in minutes. Nothing in Labor Day surprises us. Instead, it pokes along on images of sweaty people (indeed, no one in New Hampshire owns a working air conditioner), darkened rooms, and hands preparing peach pie. In fact, the food made in this movie is far more inviting than everything else onscreen.

By the end, when we can sense the film’s desperation and determination, Labor Day becomes a burden. Even outside the title’s dual meaning, we never feel anything remotely close to the waterworks the story suggests. Instead, what we really wonder is how someone as gifted as Jason Reitman can craft such unadulterated pap as this. Hopefully this is a fluke and not an example of what’s to come from this promising director. The rest of his output has been excellent. Labor Day is lame. 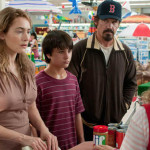 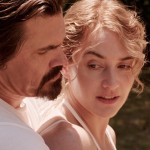 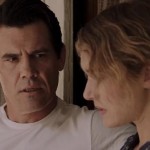