It's what all the finely dressed spies are wearing.
Buy It From Amazon
Buy It On DVD
Buy It On Blu-Ray

The spy genre suffers from a sameness that a film like Kingsman: The Secret Service clearly wants to avoid. It has to play by the rules of said tropes, but in the hands of director Matthew Vaughn, these recognizable beats become twisted cinematic Pixy Stix. It’s obvious that the filmmaker, responsible for such previous revisionism as X-Men: First Class and Kick-Ass, is indebted to the graphic novel style employed by source material authors Dave Gibbons and Mark Millar, and when it works, it’s a wonder to behold. The overall effect, however, is a tad tiring, the giddy highs of the kinetic action scenes often weighed down by weird moments of expositional ennui.

Indeed, Vaughn doesn’t want to really tell a story so much as set one in motion. We are supposed to nod our heads at the recognizable narrative conceits (older mentor with a backstory, current trainee with a chip on his shoulder, various internal bigwigs with their own agendas, an over the top camp villain, his lethal lady sidekick) and then watch as they get circumvented and reconfigured. But the problem here is that Kingsman: The Secret Service doesn’t go all the way. Instead, it pulls back, once again relying on the devices it swears it’s deconstructing in order to get our lead from zero to hero.

When he was a young boy, Eggsy Unwin (Taron Egerton) lost his father. He didn’t know it, but he was part of an independent espionage organization known as The Kingsmen. Now, as an angry adolescent slacker, he is recruited by his dad’s old buddy Harry Hart (Colin Firth) to join the team. As part of the preparation for this honor, Eggsy must compete against other applicants. As “Merlin” (Mark Strong) puts them through their paces, a new threat emerges. Goofball billionaire Richmond Valentine (Samuel L. Jackson) is angry about global warming and the planet’s population explosion. So he intends to use a free smartphone SIM card as a means of controlling the human race, and at the right time, sending a signal out that will cause them to kill each other. It is up to the Kingsmen to stop them — that is, if Eggsy can make the grade.

Both grand and gimmicky with enough effervescence and energy to make up for the mid-February release date, Kingsman: The Secret Service is a solid spy spoof that never quite comes together as an equally effective thriller. We never really care about or understand Valentine’s motives (they are more or less kept under wraps until the third act) and Jackson’s vocal tic (a lisp?) seems lifted from a ’70s sketch comedy. There’s even a moment in the movie when Firth’s agent says that such films are only as good as their villain. In this case, the movie manages to make do with just a decent bad guy. Jackson is clearly having fun, though sometimes, the audience isn’t.

This is also the third film in Vaughn’s oeuvre dealing with extraordinary people coming of age but Kingsman doesn’t have either the X-Men or Kick-Ass‘s pedigree. Instead, it plays like a lesser version of something far funnier. Oh sure, it pops like a jet-propelled Jack-in-the-box at times, but it’s often held back by what it wants to be vs. what it is. It’s like a movie mix-tape, merging together multiple ideas and inventions without letting one or more truly sink in. On the plus side, what we get overall is very fun and very frisky. In fact, the slightly subversive tone allows for the lesser elements to go down all the more smoothly.

In recent years, we’ve seen James Bond rebooted through Skyfall and various post-modern knock-offs (the Bourne Franchise, the Mission: Impossible movies) trying to up the ante with action and attitude. Kingsman: The Secret Service does the same, except instead of aiming for aggressive, it tries for anarchy. Thankfully, it achieves its goal in spite of itself. 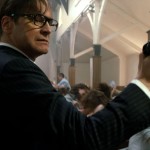 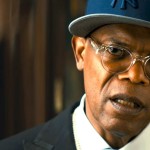 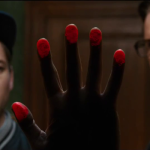