But I'm bad at fractions!

Remember when the big screen action hero ruled the box office? When an Ah-nold or a Sly stepped into a multimillion dollar project and pushed the boundaries of the budget and the genre? Well, today, flash has taken over the fame game. Unless your car chases end with vehicles flying through the 50th story of a Dubai skyscraper or your fight scenes play out like extended lessons in advances martial arts, there’s no place for you at the cinematic table…unless you’re Dwayne “The Rock” Johnson, that is. He’s the only  current international superstar who is as big, or bigger, than the onscreen scenarios his characters musts endure.

So when someone like Tom Hopper (who?) steps in and tries to take on the genre’s mandates, you know you’re in for some direct-to-digital designs, and Kill Ratio is exactly that. It’s a single setting exercise in small budget basics, limited in its scope, and as a result, it’s impact and entertainment value. It’s not a bad film, just a minor one, something you might skip over if you saw it coming up next on your Cinemax feed, but you might just enjoy if you decide to put down the remote and watch it.

The plot sees Hopper as a CIA liaison who is tasked with accompanying Gabriella, an American cellular network exec (Amy Huberman) who is traveling to a volatile Eastern European country. There, she plans on meeting the ruling President (Lacey Moore) who eventually becomes the target of a military coup. As General Lazar (Nick Dunning) heads to the hotel where all this diplomacy is going down, with hopes of taking control, Hooper’s agent is required to save the day, moving floor to floor to prevent the overthrow and save the lives of everyone involved.

Made on the cheap and frequently forgetting its fiscal limitations, Kill Ratio is better than you’d think it would be. It remembers to provide enough action beats to keep one awake while not worrying too much about things such as character, narrative nuance, or tempo. Director Paul Tanter is no Justin Lin, or James Wan, and it shows. Granted, he doesn’t have the money to go as big as he wants, but by keeping things small, the flaws are less noticeable. Oh sure, we can see the fakeness in the silly CG accents, and the gunplay doesn’t have the big blast bombast of Tinseltown, but Kill Ratio finds its groove and sticks to it, for better and for worse.

The biggest problem here is one of comparison. A movie like The Raid or Attack The Block does a much better job of turning a building into a warzone than this one, and both of those offer up inventive filmmaking and jaw-dropping fight choreography. Nothing here can match the kitchen sequence in Raid 2, nor is there anything that reminds one of the golden era when JCVD and Steven Seagal were struggling to be the next Terminator or Rambo. Kill Ratio is just…there. It does nothing to really differentiate itself from the pack, and can’t find a means of making more out of its limited appeal.

As the film flails toward its ending, as the attempts at novelty and newness fade into the clichéd and the typical, Kill Ratio loses much of its luster. It’s an uneven experience that requires you to tolerate many misses for the few hits it delivers. About the best praise one can provide is that it could have been much, much worse. It’s not like there was much chance of it matching the magic of the genre’s past. It’s not a reminder of the cinematic category at its worst, either. 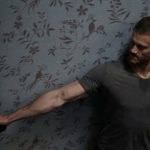 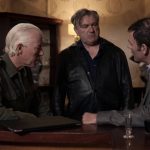 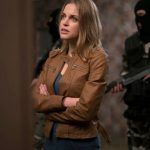