Keeping Up with the Joneses
By: Blake Crane

Four-man wolfpack.
Buy It From Amazon
Buy It On DVD
Buy It On Blu-Ray

Keeping Up with the Joneses starts with an idiom and doesn’t really evolve a whole lot from there, but in this case the simple premise that’s kept simple works, allowing a likeable cast to shine. Director Greg Mottola, whose Superbad tweaked the teen sex comedy formula with great effect, manages to spin the secret-agent-meets-mundanity yarn into something at least a little unique.

While it’s far from an action/comedy juggernaut and overstays its welcome a bit with a protracted climax, Keeping Up with the Joneses is pleasantly benign and efficient with its mix of plot, character, and comedy.

Jeff Gaffney (Zach Galifianakis) and his wife Karen (Isla Fisher) live on a picturesque cul-de-sac in the Atlanta ‘burbs, ready for a quiet summer after sending the kids off to camp. Their ordinary existence – he’s an HR rep at an aerospace company and she’s a freelance designer, which, of course, affords them a huge, immaculate home thanks to movie rules – is made more interesting when Tim and Natalie Jones (John Hamm and Gal Gadot) move in across the street. They don’t look or act like typical suburbanites: they’re worldly, have a ton of interesting stories, and always look chic, even at the neighborhood barbecue. Some quick detective work from the Gaffneys, which thankfully spares us any phony suspense or mystery, reveals that the Joneses are spies investigating some dealings at Jeff’s workplace.

When the mismatched couples team up, the colliding worlds are handled with some refreshing subtlety. The Gaffneys aren’t thrown feet first into dangerous espionage and the Joneses aren’t bored silly by their tame surroundings. Jeff and Karen are inspired to (at least attempt to) spice things up a bit, while Tim’s impressed with Jeff’s genuine kindness and ability to listen, allowing him to get introspective when it comes to his demanding spy duties.

Galifianakis is able to break free from his deadpan oddball norm, mining laughs as a relatable everyman, and he and Fisher match scripted and ad-libbed witticisms well. Hamm is credible as conflicted superspy, managing to be convincing as a secret agent who’s playing a regular dude. Gadot adds the most realistic touches to the action elements with a commanding physical presence. She has one of the best gun-pointing scowls and looks really, really cool when the bullets start flying.

Though Gadot elevates it, the action is a little lackluster. The highlight is a motorcycle-car chase sequence in which the Joneses TCB as their neighbors cower in the backseat. There’s real danger coupled with good observational humor in the Gaffneys’ naiveté. From there, there’s a failure to raise stakes and the final showdown is a washout, with a few gunshots and an explosion or two, that doesn’t really connect thematically or generate excitement.

The end is rote, but at least getting there is enjoyable. The covert dealings avoid convolution and are left secondary as the four amiable leads work through the easy-to-follow tomfoolery. Far too many films of this ilk (looking at you Central Intelligence) labor to squeeze laughs from an overcomplicated scenario with deadening effect. Keeping Up with the Joneses doesn’t reinvent a genre, but it fine-tunes it by removing the extraneous baggage and highlighting the straightforward charms. And oftentimes in comedy straightforward charm works just fine. 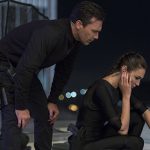 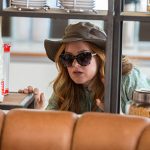 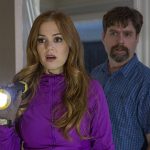