So here’s the good news: Justice League is not an unmitigated disaster. Yes, it’s still a weak, wonky mess with laugh out loud lines (remember “Martha?”) and tonal shift so wild you expect the resulting entertainment earthquake to produce tsunamis to rival those created by Aquaman. But for the most part, it avoids the gloomy self-seriousness of Batman v. Superman while leaning a few lessons from DC’s only post-Nolan success, Wonder Woman. The villain is pointless, the plot too simplistic, and the action a blur of CG splash and over-edited bedlam.

With Superman dead and the world in a strange state of pseudo-mourning, Batman (Ben Affleck, looking distracted) decides to bring together a team of meta-humans to deal with the latest crisis facing the planet–an invasion by angry alien Steppenwolf (voiced by Ciaran Hinds) and his horde of flying monkeys…strike that, Parademons. These creeps are after the Mother Boxes, items which grant the holder unimaginable powers.

Using information gathered before, The Caped Crusader hooks up with four others to create a Man of Steel replacement. They are Wonder Woman (Gal Gadot), naturally, the heir to the throne of Atlantis, Aquaman (Jason Moama), a snarky kid with the gift of speed, the Flash (Ezra Miller), and a half-boy, half-robot experiment named Cyborg (Ray Fisher). Realizing they can’t face this foe by themselves, they decide to resurrect Superman (Henry Cavill) and, with his help, rid the Universe of this scourge once and for all.

It has to be said, if it hasn’t already–how can a movie with so many major league, above the marquee superheroes be such a slog? Man of Steel made its point about a super-strong stranger in a strange land by laying on the angst, but did Zack Snyder and Warners have to double down on the dour for the whole Justice League ideal? Oh sure, Momoa is playing Arthur Curry like the ultimate bro, and Miller’s Barry Allen is like the uncool kid in class you wish would stop with the quips, but the tone here is dark, dour, and derivative. It’s The Darker Knight, a creative challenge to the lighter, brighter MCU.

Having Superman–eventually–Batman and Wonder Woman alone should be enough to a rousing bit of amiable action adventure. But Snyder insists on staying with his somber, funeral parlor style and everything becomes a bummer. Joss Whedon doesn’t make matter any less lame. He just bounces in, adds a few jokes, and then sits back and waits to be declared a cinematic savior. His last minute input seems unnecessary now, even if rumors have him re-shooting somewhere between a fourth and a third of the final film.

Again, the big mistake here is assuming that audience will immediately cotton to your comic book icons without a full blown introduction. Aquaman’s movie (helmed by James Wan) should have come out before he was introduced here. Same with Cyborg and the Flash. Heck, it took Marvel three shots before they got Hulk right, and Thor has spent the same number of films perfecting his image. Jumping in with a full blown Justice League before we even know or care about these characters may be fine for the fanboy, but for those unfamiliar with the group, the film version goes nowhere. It’s a case of artistic assumption and a bad one at that.

Would a better bad guy have helped? Sure. Would a lighter, more uplifting tone have aiding in avoiding some of the movie’s main problems? Maybe. Is there way too much exposition and chit-chat for an superhero epic with apocalyptic consequences. Absolutely. Justice League remains a watchable waste of 110 minutes. But as a challenge to the rest of the genre, it comes up mighty short. 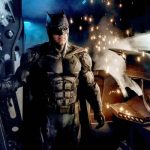 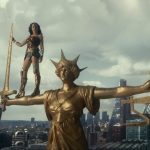 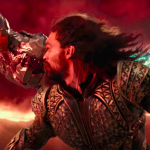 One thought on “Justice League”