Ashton! Help!
Buy It From Amazon
Buy It On DVD
Buy It On Blu-Ray

It’s like a shaggy dog festooned with diamonds. It’s ’50s sci-fi schlock gussied up with ’00s CGI. It’s ambitious and overreaching, ludicrous and, in the end, a heck of a lot of fun. But it you go into the Wachowskis’ latest film Jupiter Ascending expecting to experience Matrix level magic, you’ll be gravely disappointed. This is more like a combination of the siblings’ less successful films — their adaptation of Speed Racer and the brilliant, baffling Cloud Atlas. While audiences craving eye candy will have their cinematic sweet tooth satiated, those looking for a more serious slice of the genre will be left wanting.

The overly complicated narrative begins with the premise that Earth is nothing more than a manufacturing outpost for a family of incredibly wealthy humanoid aliens. With the death of their mother, siblings Titus Abrasax (Douglas Booth) and Kalique (Tuppence Middleton) hope to keep their evil brother Balem (Eddie Redmayne) from usurping their birthright and taking over the entire family business. You see, these sly ETs use people (and the population of other similarly styled planets) as the main ingredient in an immortality potion (sound familiar?), and with demand at an all time high, it’s like Arrakis during a fire sale in the various courts.

Back down on the lowly third planet from the Sun, Jupiter Jones (Mila Kunis) spends her days cleaning houses and apartments, wishing for a better life. While in a fertility clinic, she is attacked by a group of strange creatures, only to be saved by a genetically engineered ex-military hunter named Caine Wise (Channing Tatum). Turns out, he’s been hired by Titus to protect Jupiter. The Abrasaxes believe she is the pure biological reincarnation of their dead matriarch and her existence threatens all their rights of inheritance. With the help of a friend (Sean Bean) our space hero tries to prevent Jupiter from being destroyed.

And you thought the plot to Star Wars Episode I: The Phantom Menace was convoluted.

Jupiter Ascending is giddy in its glorious goofiness. It resembles the kind of adventure tale a wound-up 12-year-old would conceive of, executed via some of the most amazing F/X the typical Hollywood blockbuster machine can manage. It has all kinds of cool creatures, including winged lizards, spectral spacemen with horrifying faces, and Channing Tatum as a half-wolf “thing” who gets around by hover boots that act like a skateboard. Even Sean Bean is half-bee (why they didn’t name him “Eric,” we’ll never know). Together, they fire a lot of future shock weaponry and try like Hades to explain to Jupiter what’s going on. It’s a real exposition-fest.

It’s also a camp cult classic in the making, Eddie Redmayne delivering his lines in a whisper/scream strategy which recalls SCTV‘s Dave Thomas imitating Richard Harris. Dressed like a reject from a drag queen Renaissance Fair, his every utterance drips with an attempted hyper-drama (and unintentional humor). He makes a good baddie, which is important, since Ms. Kunis is a relative blank as Jupiter. In fact, she’s so innocuous you could swear that everyone in the universe is in an uproar over a mannequin. The rest of the cast is more or less wasted, seemingly edited down to meet the studios desire to keep the running time in check.

In truth, Jupiter Ascending is a project packed with great ideas that never gets enough time to explore them all. Even at two-plus hours, there’s a mini-series worth of subtext to exploit. Just the whole “how” and “why” of this intergalactic industry and the actual “harvests” would be enough for several SyFy Channel seasons. In its excess, the movie distances itself from the viewer. With its quirky oddness, it brings one right back in. It can be disorienting at times, but there’s also an undercurrent of fun and expert action filmmaking that triggers the right amount of entertainment endorphins.

If Bert I. Gordon or Roger Corman has access to $200 million, they might make something as genuinely loopy as Jupiter Ascending. It’s a drive-in B-movie delight dressed up in full-blown feature finery. 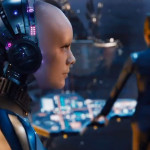 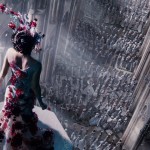 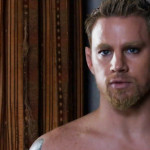 One thought on “Jupiter Ascending”